Yesterday’s signals were not triggered, as there was no bearish price action at 110.89.

Trades may only be entered until 5pm Tokyo time Wednesday.

I wrote yesterday that the scope for serious movement was to the upside above 110.89, but there seemed to be no sign of that happening. I expected that both support and resistance levels would continue to hold on low volatility over the day. I was right in that the movement was to the upside above 110.89, but wrong as I thought it probably would not happen.

The price has now fallen back into its zone of comfort / range, and the former resistance level at 110.89 has been invalidated. To some extent this move was probably driven by the move of the U.S. stock market to a new high on great fanfare as the bear market in the S&P 500 Index came very close to a technical end, before falling and reversing.

The price is in a ranging zone within a ranging zone, so very hard to predict now, almost equidistant between support at 110.40 and resistance at 111.46. All that can be said is that if the U.S. data release due later should push the price along a spike to reach one of these levels, they could probably be faded profitably if done quickly on a short time frame. 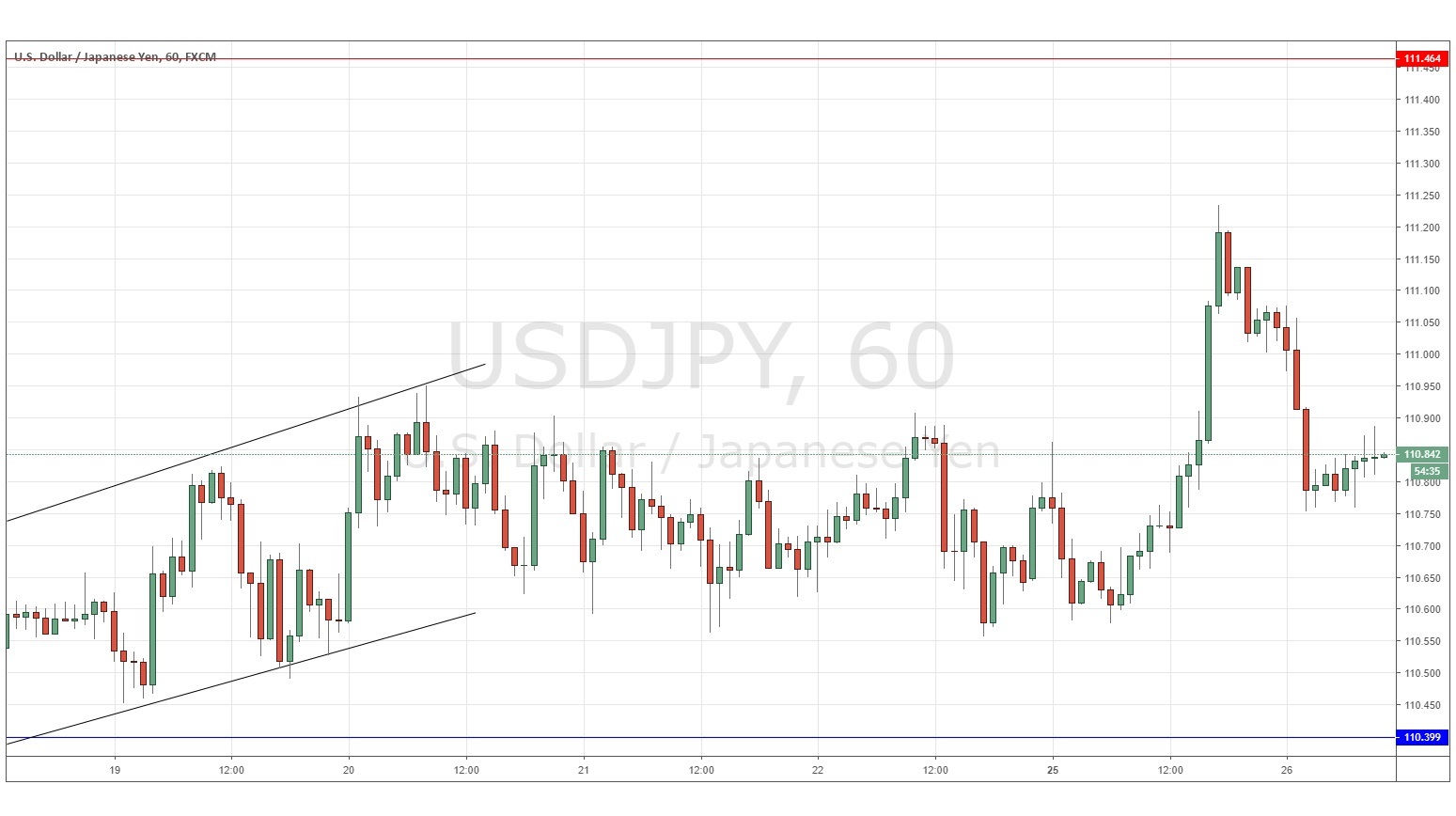 There is nothing of high importance due today concerning the JPY. Regarding the USD, there will be a release of CB Consumer Confidence data at 3pm London time as well as testimony before the Senate from the Chair of the Federal Reserve.