Trades must be taken before 5pm Tokyo time Thursday.

I wrote yesterday that there were a few weakly bullish signs, so I would watch out for an upwards movement with some resistance possible at 111.10 and then again at 111.46. I was ready take a bullish bias if the price could spend a couple of hours making new highs in the early part of the New York session. In fact, the price fell at this time, although it did rise to make new highs during the Asian session, although not by much.

The price is moving within a bullish channel, although it looks relatively unreliable as it is not symmetrical. The price is also being held by a resistance level at 110.89. I think the price is most likely to range until the FOMC release due later, at which point it is more likely to breakout. Above 111.00, there is room to rise to 111.46, so I think that a strong bullish move is a little more likely than a strongly bearish move. Even if the FOMC release says nothing surprising, it may at least release pent-up liquidity into the market and cause the move that was “waiting to happen”, so if the price rises to above 111.00 after the FOMC I would take a bullish bias. 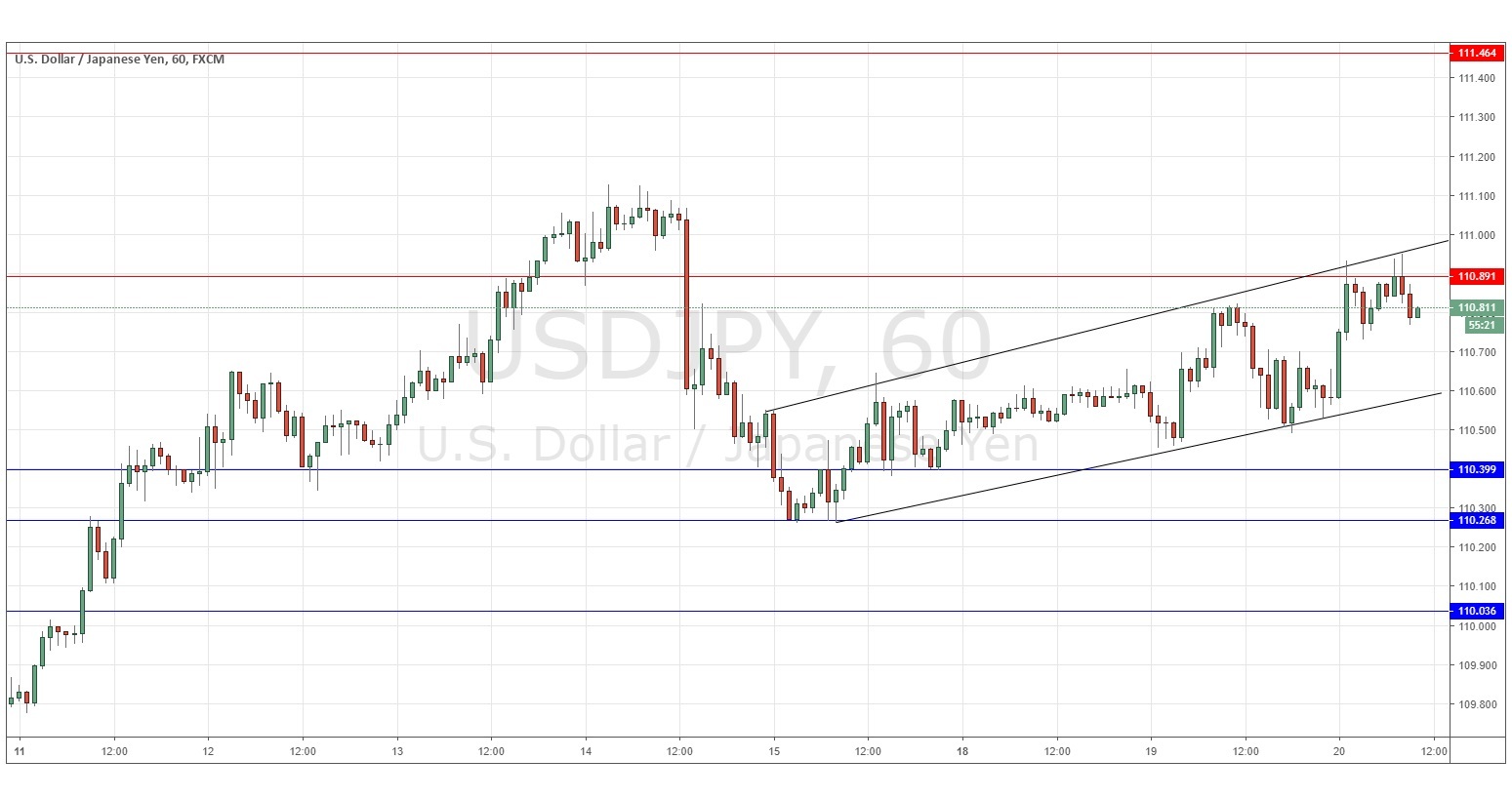 There is nothing of high importance due today regarding the JPY. Concerning the USD, there will be a release of FOMC Meeting Minutes at 7pm London time.

WTI (oil futures on NYMEX) remains deep in the red zone so far this Friday, having hit the weakest level in 13 months at $44.97 in the last hour.