Trades may only be taken between 8am New York time Thursday to 5pm Tokyo time Friday.

I wrote yesterday that although there was a clear bullish medium-term trend here which was partially driven by the positive correlation this pair often shows with a rising U.S. stock market, the volatility of the current movement was relatively low, which implied unreliability. I still had a cautiously bullish bias if the price could make new highs in the early part of the New York session. This was a good call, as the price did make such a new high, and continued to rise, but the rise has been weak and now seems to have stalled. A pullback to at least 110.76 now looks likely, but a strong bounce there could well produce a nice if perhaps small profitable long trade, so I would take a bullish bias if that scenario plays out. 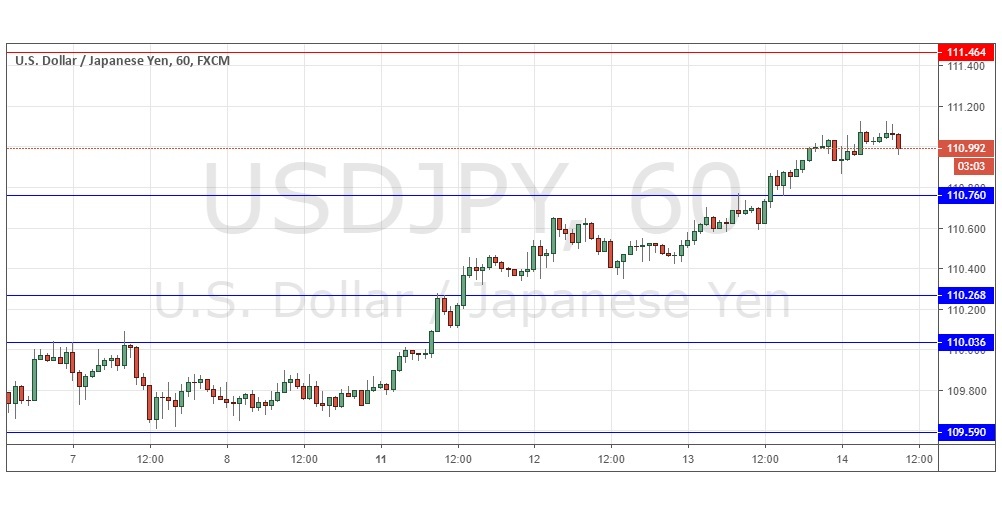 There is nothing of high importance due today regarding the JPY. Concerning the USD, there will be releases of Retail Sales and PPI data at 1:30pm London time.