Yesterday’s signals produced a profitable short trade from the bearish pin candlestick rejecting the resistance level at 110.04, but it only gave approximately the minimum 20 pips of profit.

Trades may only be taken from 8am New York time Thursday until 5pm Tokyo time Friday.

I wrote yesterday that the picture had become more bearish although there was no long-term price trend. I thought that if the US stock market went into selling mode later after the New York open, we would be likely to get a further move down, possibly as far as 109.15. I was wrong to be so bearish as although the price did get below 109.66 and the U.S. stock market initially sold off, the move did not carry through with any weight.

The bullishness returned but again, the strong resistance level at the big round number of 110.00 held. This is likely to again be the pivotal area today. A sustained break above 110.04 could be the start of a powerful movement, as pressure is building here. Alternatively, a strong rejection there after the New York open could see the price fall quite strongly.

There is quite likely to be an opportunity here, but I have no directional bias. 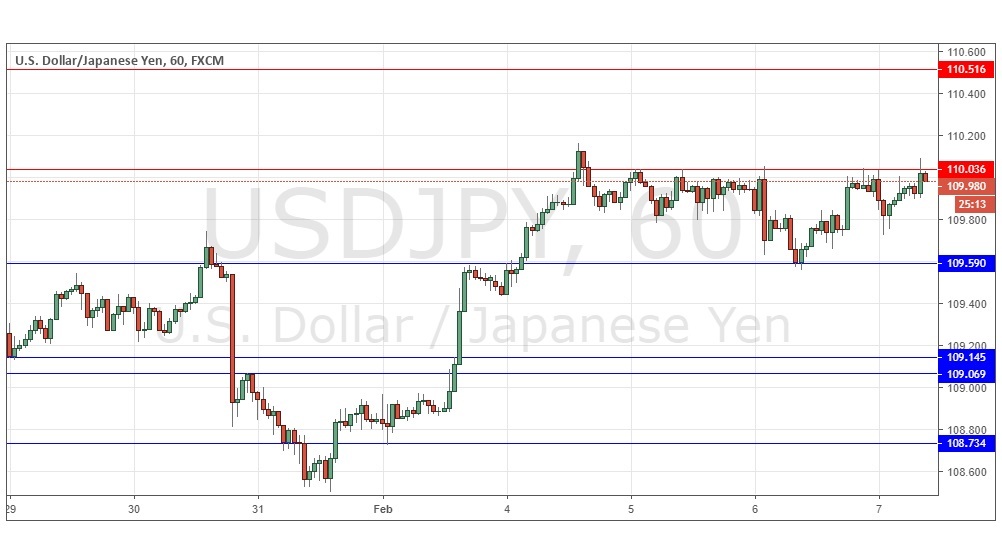 There is nothing of high importance due today regarding the JPY or the USD.