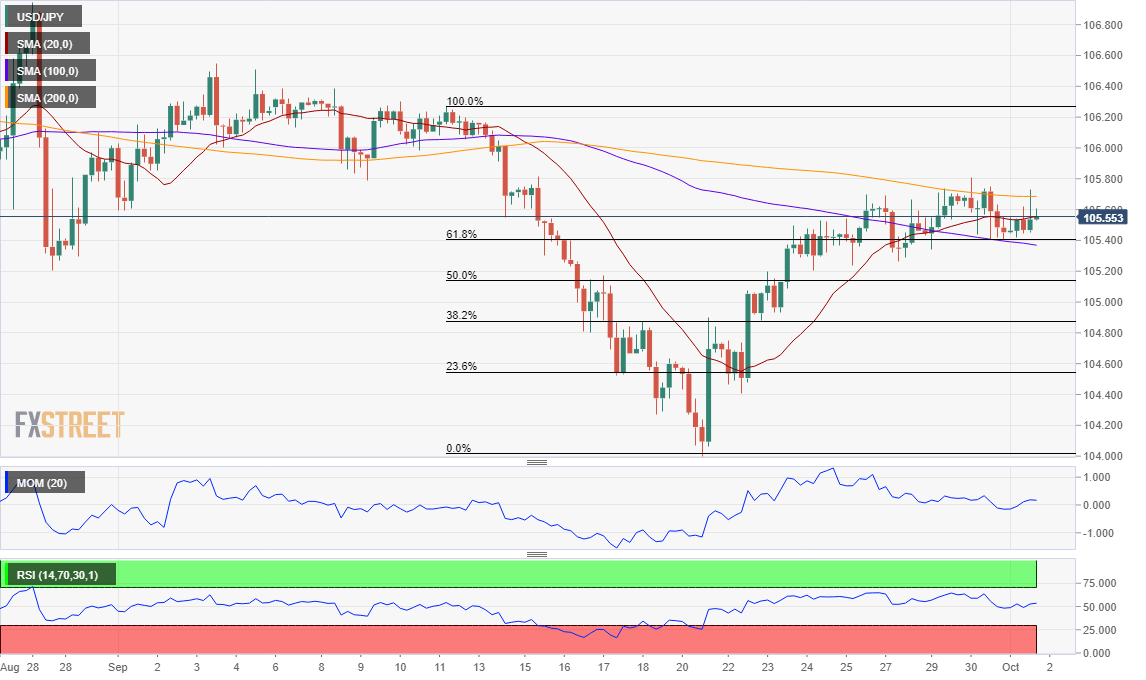 The USD/JPY pair traded uneventfully for a fifth consecutive day, confined this Thursday to a 30 pips’ range. The pair was unable to react to different risk-related events, spending the day around the 105.50 price zone. The absence of dollar’s demand offset the positive tone of Treasury yields, which advanced to three-week highs on generally encouraging US data. Equities, however, traded mixed on the back of contradictory headlines related to a US stimulus package.

Japanese data released at the beginning of the day showed that the economy is not yet out of the woods.  The Tankan Large Manufacturing Index resulted at -27 in Q3, better than the previous -34 but missing the expected -23. The September Jibun Bank Manufacturing PMI printed at 47.7 from 47.3 in August. This Friday, the country will publish the August Unemployment rate, foreseen at 3% in August from 2.9% previously, and the September Consumer Confidence Index, expected at 33.8 from 29.3 previously.

The USD/JPY pair has held for a third consecutive day above the 61.8% retracement of its latest daily decline at 105.40, the immediate support level. The 4-hour chart shows that it remains stuck between moving averages, while technical indicators hover around their midlines without directional strength. The pair would need to clearly break above the 105.80 resistance to have chances of retesting the 106.26 level, September 11 daily high.