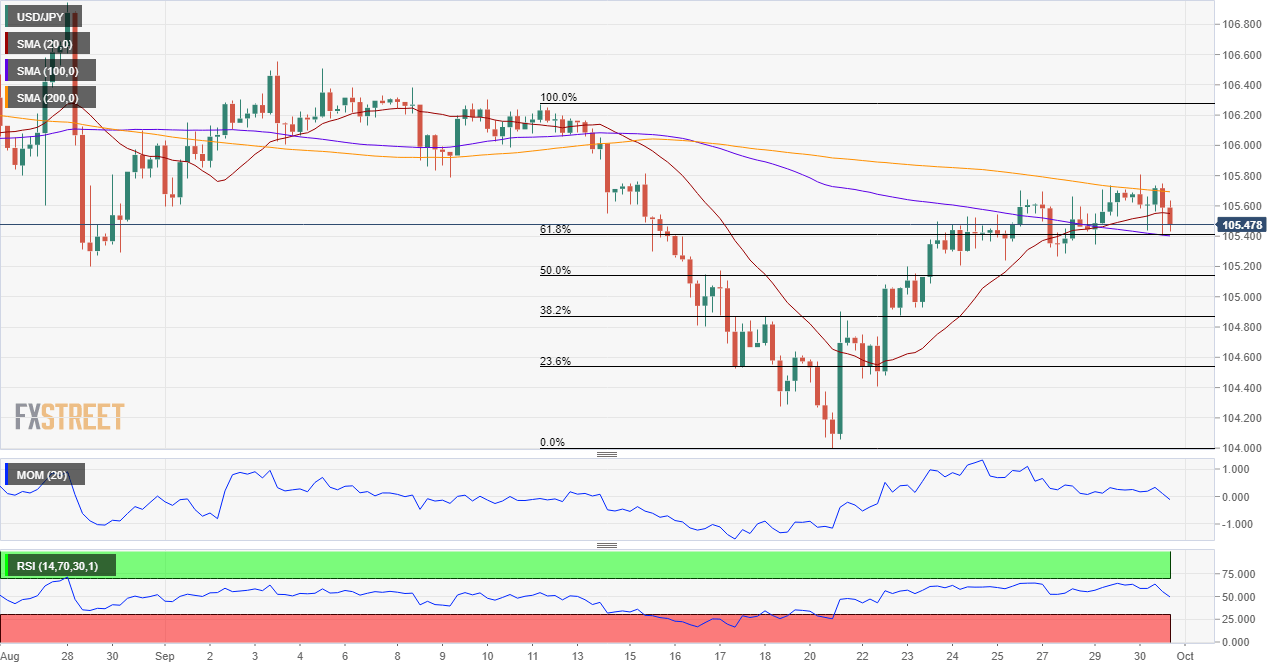 The USD/JPY pair has continued to trade within familiar levels, extending once again its weekly advance by a few pips. The pair reached a daily high of 105.80,  from where it retreated to the current 105.50 price zone. The pair was unable to advance despite rallying Wall Street and higher Treasury yields, these last underpinned by better than expected US data. In fact, the substantial rally in equities played against the greenback across the board, capping USD/JPY.

Early in the day, Japan published August Retail Trade, which beat expectations, by falling by just 1.9% YoY. The preliminary estimate for Industrial Production indicated a modest monthly improvement, although the year-on-year reading resulted at -13.3%, worse than the -10% expected.  The country also released August Housing Starts, which were down 9.1%, while Constructions Orders were up by 28.5%. The country will publish the Tankan Large Manufacturing Index for Q3, foreseen at -23 from -34 in the previous quarter.

The USD/JPY pair continues to trade above the 61.8% retracement of its latest daily decline at 105.40, the immediate support level. The upside potential is limited, as the 4-hour chart shows that sellers have kept rejecting advances around the 200 SMA, which stands at 105.80. Technical indicators have turned south and are about to enter negative territory. The bearish case will probably pick up momentum on a break below the mentioned Fibonacci support level.