North Korea’s latest adventure rocked the Asian markets yesterday, while the US markets were closed on account of the Labor Day. Consequently, USD/JPY quickly recovered from the Asian session low of 109.38 and ended yesterday at 109.70 levels. Speculation gathered pace that the North Korea dip would be short lived.

However, it could be different this time… which is evident from the fact that the Dollar-Yen pair clocked fell to a low of 109.30 levels during the Asian session today. The losses could be due to weakness in the S&P 500 futures. One may argue that the US markets are reacting to the NKorea news today and may regain poise by tomorrow, although one cannot ignore the fact that North Korea has crossed the line this time with the nuclear test.

Markets do not see the current situation escalating to a war, however, there is a feeling of unease and that could keep the Yen bid.

What if things escalate to military conflict?

The resulting repatriation of overseas profits by Japanese individuals/ corporate could yield sharp gains in the Yen. 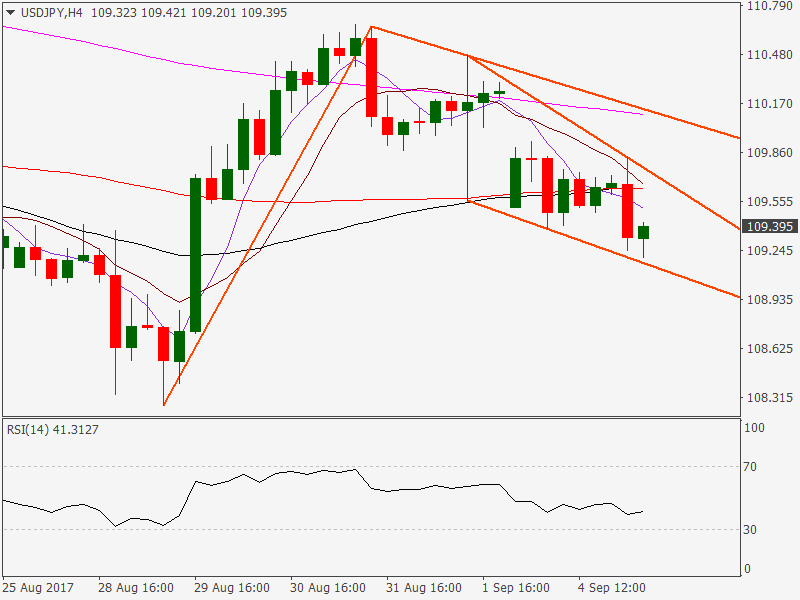 One may feel tempted to call the pair higher, given the bullish formations. But the scope for optimism is less as the RSI has turned bearish and still well short of the oversold territory. 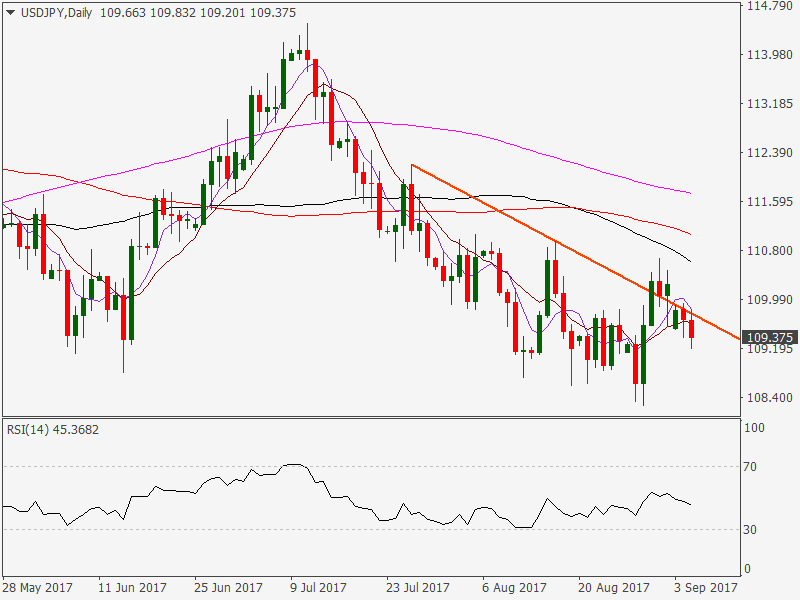 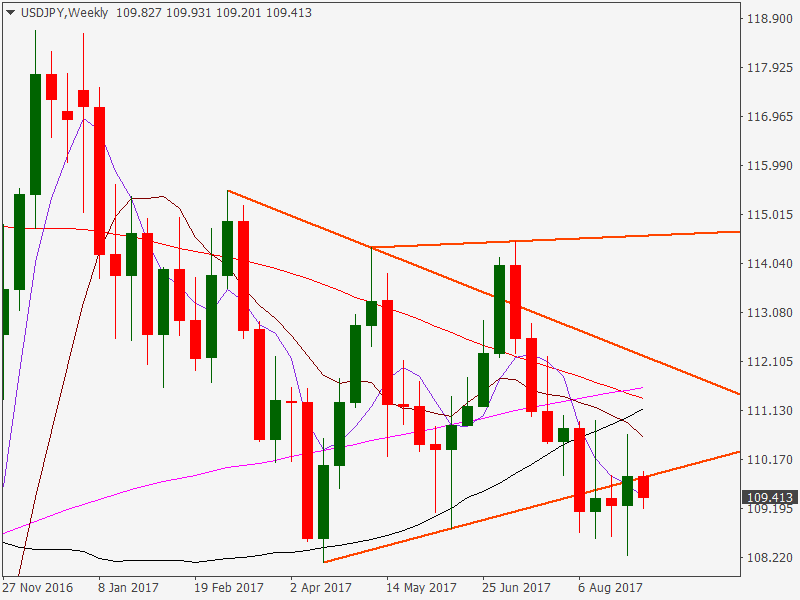