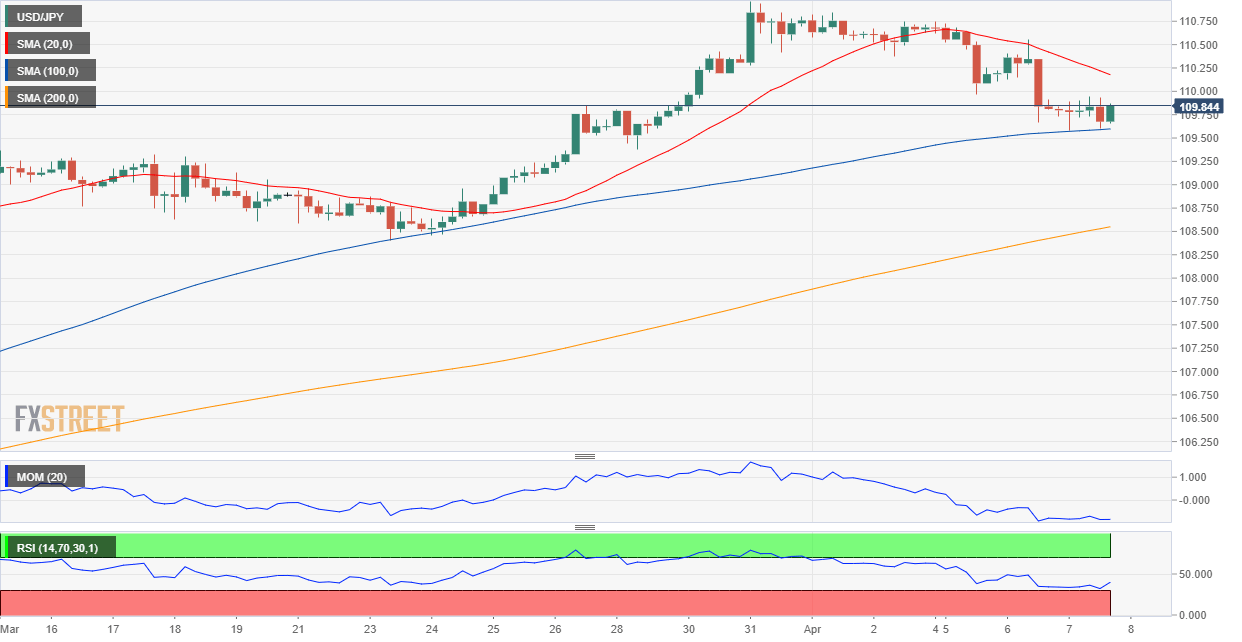 The USD/JPY pair fell to 109.57 as the greenback remained weak, pressured by easing US government bond yields. The yield on the 10-year Treasury note fell intraday to 1.628%, ending the day at around 1.65%. The pair held at the lower end of its daily range after the US Federal Reserve published the Minutes of its latest meeting, which added nothing new to what the market already knew.

Japan published the preliminary estimate of the February Leading Economic Index, which improved from 98.5 to 99.7 but missed the market’s expectations of 100.7. The Coincident Index for the same period contracted from 90.3 to 89. Early on Thursday, the country will publish the February Current Account, March Consumer Confidence and the Eco Watchers Survey on the economy.

The USD/JPY pair trades in the 109.80 price zone and the 4-hour chart shows that it bounced twice from a directionless 100 SMA, but also that it remains below a firmly bearish 20 SMA. Technical indicators recovered modestly from intraday lows but remain well below their midlines, indicating limited buying interest. The pair now needs to break below 109.50 to confirm another leg south.