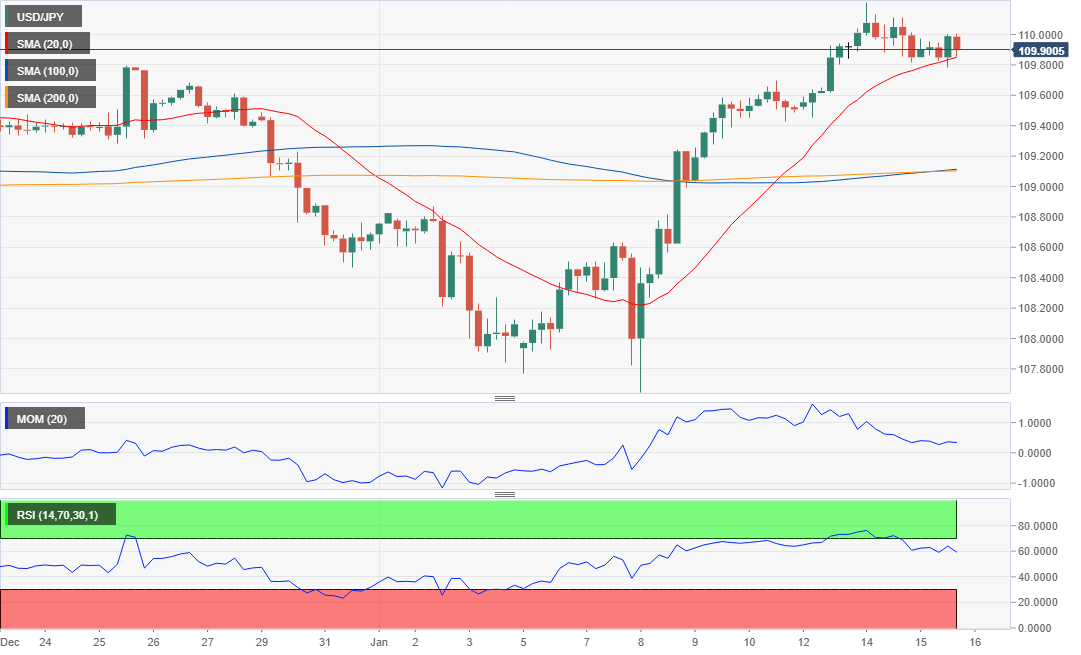 A weaker dollar sent USD/JPY to a daily low of 109.78, with the decline limited by poor Japanese data and resurgent optimism with Wall Street’s opening. The pair bounced from such low and settled just below the 110.00 figure, retaining its mid-term bullish stance.

At the beginning of the day, Japan published the preliminary estimate of Machinery Tool Orders for December, down by 33.6% YoY, after falling by 37.9% in the previous month. BOJ Governor Kuroda hit the wires and said that the local economy has been expanding moderately,  although highlighting the negative effects of the overseas slowdown. He added that he won’t hesitate to take additional measures on monetary policy if risk grows, not a surprise. This Thursday, the country will release November Machinery Orders, seen up by 3.2% MoM and the December PPI, foreseen up by 0.9% YoY.

The USD/JPY pair is neutral-to-bullish in the short-term, as the 4-hour chart shows that the 20 SMA continued to provide intraday support, despite losing a good part of its bullish strength. In the mentioned time-frame, technical indicators have continued to correct overbought conditions, with the Momentum now flat just above its 100 line and the RSI aiming to resume its advance, currently at around 62. Overall, the risk is skewed to the upside, although the pair could enter a bearish corrective phase on a break below 109.70, the immediate support.