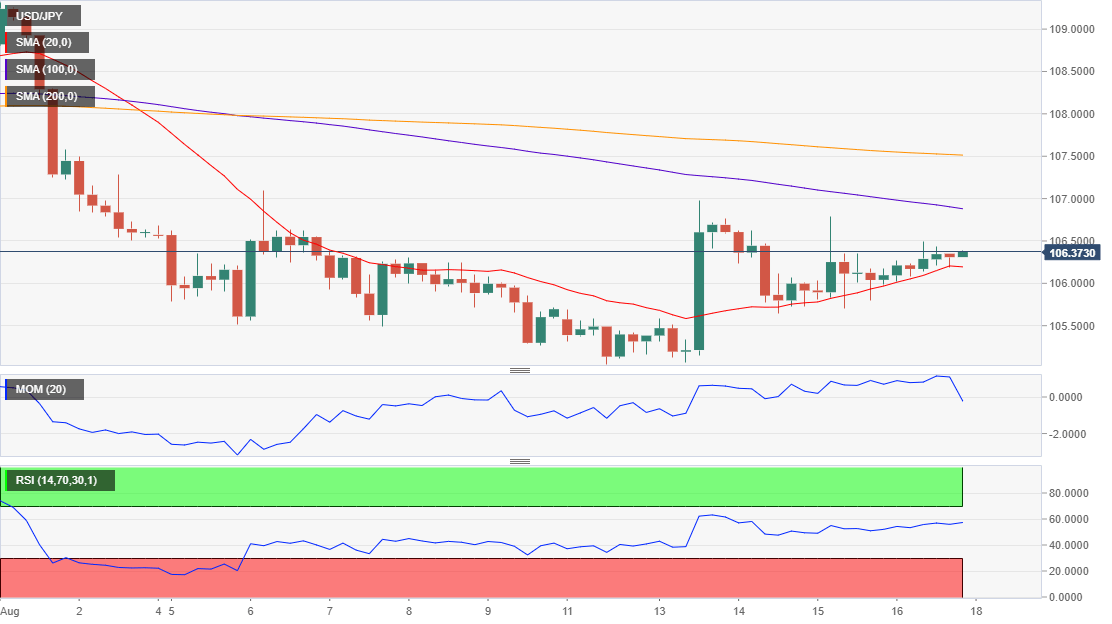 The USD/JPY pair has recovered some ground these last few days, to close the week at 106.35. Still, it posted a lower low and a lower high when compared to the previous week, as the Japanese Yen benefited from its safe-haven condition on mounting concerns about a US recession. The US yield curve inverted for the first time in over a decade, while the yield for the 30-year Treasury note fell below 2.0%. Wall Street advanced for a second consecutive day, while the yield on the benchmark 10-year Treasury note recovered from 1.47% to settle at 1.56%, underpinning the pair. The recovery came after US President Trump referred to “productive” trade talks with China. That said, the better market sentiment is quite fragile as the fundamentals related to the global economic downturn are still present.

Japan will start the week publishing the July Merchandise Trade Balance, foresee at ¥-200.0B vs. the previous  ¥589.5B. Imports and Exports are both expected to have declined, although to a lesser extent than in the previous month.

The USD/JPY pair settled below its weekly high, this one, at around the 38.2% retracement of the 109.31/105.04 decline. In the daily chart, technical readings keep the risk skewed to the downside, as the pair develops below bearish moving averages, while technical indicators have lost directional strength, currently consolidating well into negative levels. In the 4 hours chart, a bullish 20 SMA has been leading the latest advance, now providing an immediate support at around 106.20. The Momentum indicator advances above its mid-line, but the RSI is directionless at around 56, indicating that the pair could extend its gains in the short-term, although such advance would likely be limited.