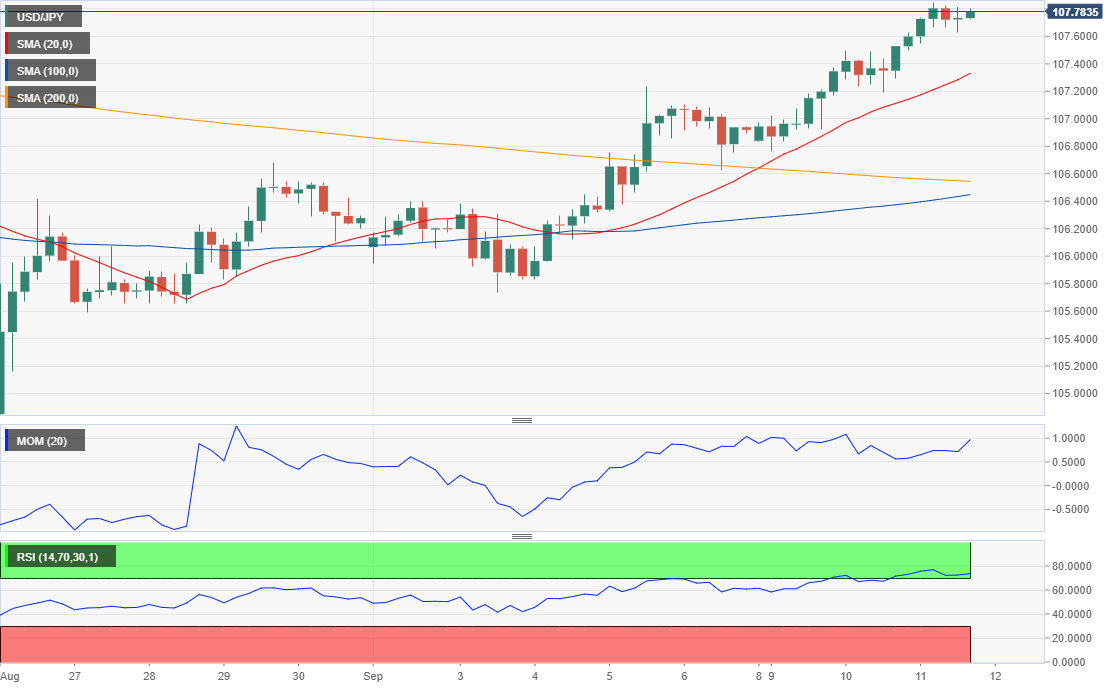 The USD/JPY pair advanced to a fresh one-month high of 107.84 underpinned by a continued recovery in government bond yields, but after its early advance, the pair turned comatose, stuck around the current 107.75 level. European equities soared, following news that the Hong Kong stocks exchange (HKEX) made a $36.6 billion offer for London stock exchange, which led to substantial gains in Wall Street. Meanwhile, US Treasury yields surged to their highest in a month, with the benchmark yield on the 10-year note hitting 1.75%.

The macroeconomic calendar remained light as Japan released at the beginning of the day the BSI Large Manufacturing Conditions Index, which resulted in -0.2 in Q3 from the previous -10.4. This Thursday, the country will release the August Producer Price Index and July Machinery Orders.

The USD/JPY pair is consolidating above a major Fibonacci level, the 61.8% retracement of the August decline.  It retains its bullish potential, as, in the 4 hours chart, the pair continues developing above all of its moving averages, and with the 20 SMA extending its bullish slope above the larger ones. Technical indicators in the mentioned chart lack directional strength, but hold on to weekly highs, with the RSI in overbought levels. Further advances are likely once above 108.05,  while bulls are now expected to defend the downside around the mentioned Fibonacci support at 107.45.