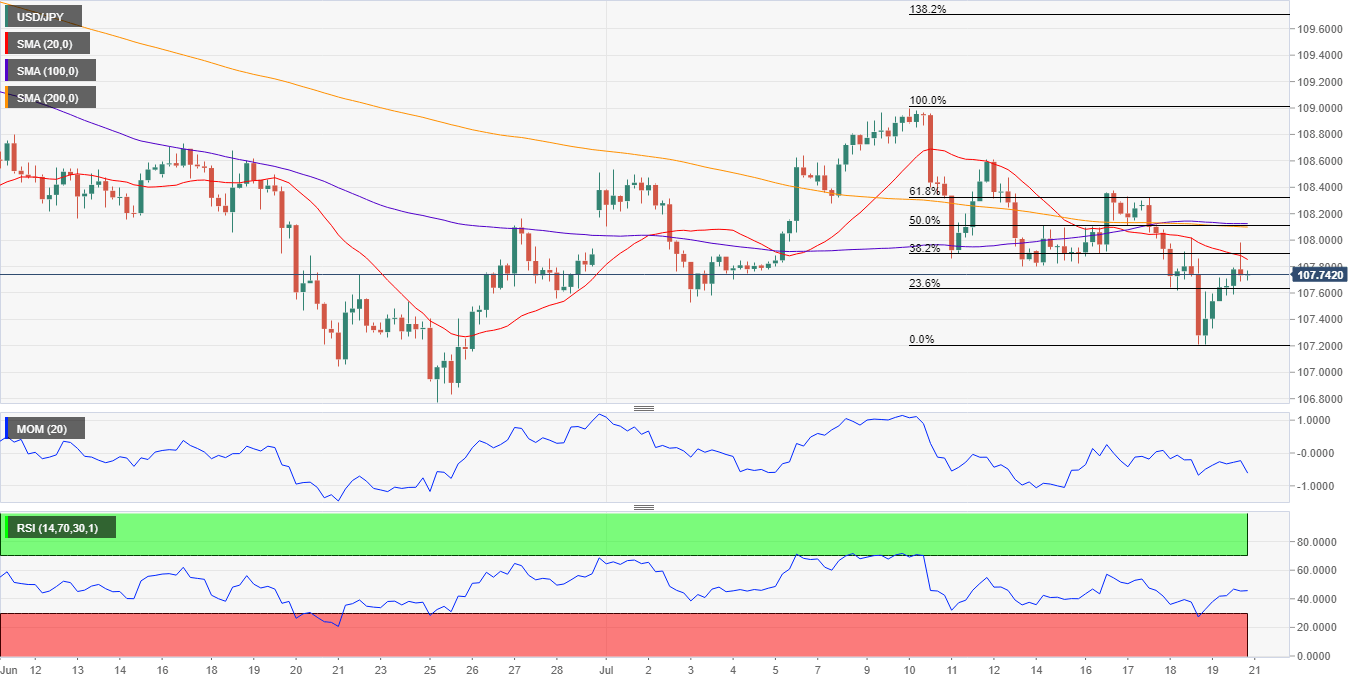 The USD/JPY pair flirted with the 108.00 level by the end of the week on renewed demand for the greenback but retreated sharply from the level to settle at around 107.70. The late decline was a combination of plummeting US indexes, sharply down on Friday on diminishing hopes for aggressive US rate cuts, and mounting risk aversion on news that Iran seized a UK oil tanker, reportedly being on international waters. Furthermore, US Treasury yields ended the week with losses with the yield on the benchmark 10-year note settling at 2.05%, weighing on the pair. Early Friday, Japan released its Merchandise Trade Balance, which posted a larger-than-expected surplus of ¥589.5B, but as a result of an unexpected drop in imports, down by 5.2% when compared to a year earlier. Exports also declined in the same period by more-than-anticipated, falling by 6.7%. The positive headline was overshadowed by falling imports, a consequence of the trade war lead by the US. This Monday, BOJ’s Governor Kuroda is due to speak at the IMF, in Washington.

The USD/JPY pair is technically bearish, as it finished the week around the 23.6% retracement of its July’s decline, having retreated from a second consecutive week from near the 50% retracement of the same decline. In the daily chart, the 20 DMA stands pat at around 108.00, reinforcing the figure as resistance, while the 100 and 200 DMA maintain their bearish slopes well above the shorter one. Technical indicators hold within negative levels, the Momentum heading marginally lower and the RSI recovering just modestly, not enough to suggest a bottom has been reached. In the shorter term, and according to the 4 hours chart, the risk is skewed to the downside, as the pair failed to establish itself above a bearish 20 SMA, while technical indicators barely recovered from overbought levels before losing strength upward.