Yesterday’s signals might have produced a losing long trade at 1.0058 although the action here wasn’t really bullish enough to justify a long entry – much depended upon interpretation.

I wrote yesterday that in the unlikely event that the price broke above 1.0125 later today, I would take a bullish bias at that point. Otherwise, trading any firm rejection of a key level in the direction of the rejection was likely to be the best trading strategy to take. I was right about not being bullish below 1.0125, and the rejection at 1.0058 was arguably not “firm” but could have been interpreted that way.

The picture now is more bearish, with the former support at 1.0058 flipping to become new lower resistance, but the support at 1.0025 still looks strong and has not yet been tested. I think a long trade here if there is a firm bounce at 1.0025 later could be a good potential trade, but a short off the 1.0056 area could also be a good short trade. I’d take a bearish bias if the price gets established below 1.0025 and a bullish bias if above 1.0066. 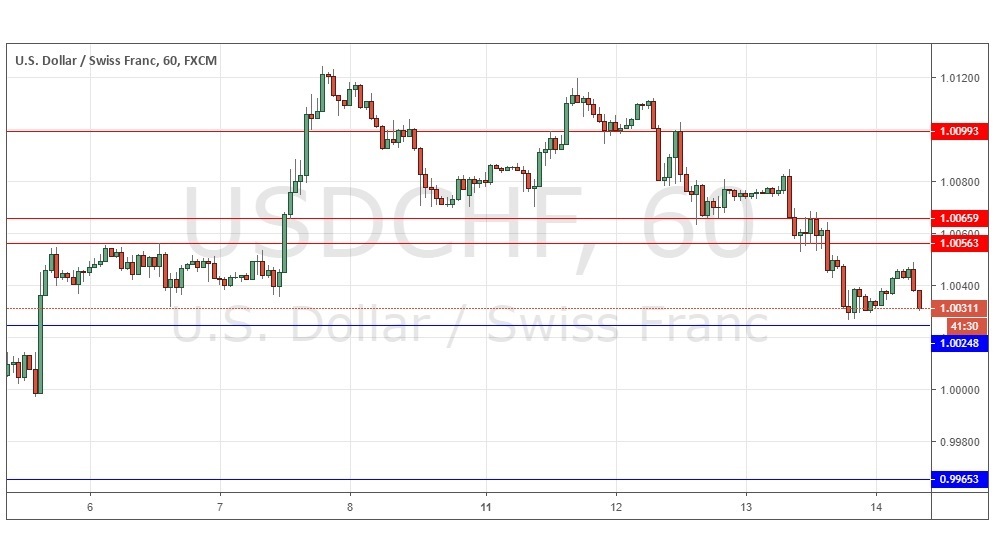 There is nothing of high importance due today concerning the CHF or the USD.