Yesterday’s signals were not triggered as none of the key levels have been reached.

Trades must be taken between 8am and 5pm London time today only.

I wrote yesterday that a clearer break above (the upper trend line of the price channel shown in the chart) would be a sign that the price would be likely to go on to rise to test the nearest resistance level at 1.0025, but that level could well hold and provide a good short trade opportunity. I would take a bearish bias if there would be a strong bearish rejection of that level later. The trend line broke passively and we saw a move up but to only 1.0020 before the consolidation resumed. The bearish medium-trend has broken and the price is now trendless and consolidating. It is hard to say what will happen next so reversals in either direction off a key level should be equal opportunities. I think we are evenly balanced between bearish momentum and this cluster of three support levels between 0.9985 and 0.9957. 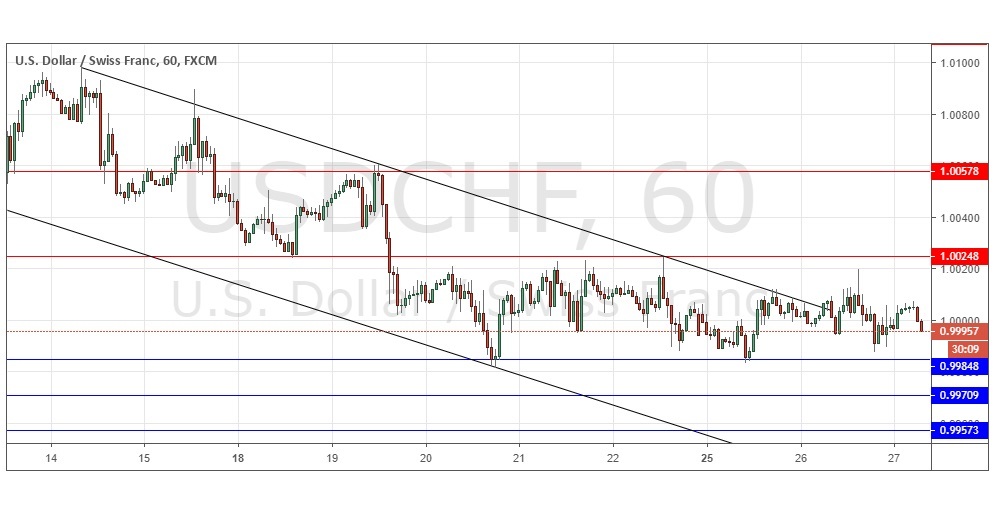 There is nothing of high importance due today concerning the CHF. Regarding the USD, there will be a release of CB Consumer Confidence data at 3pm London time as well as testimony before the Senate from the Chair of the Federal Reserve.