Yesterday’s signals produced a profitable short trade entry from the bearish doji candlestick which rejected the resistance level at 1.0058. It might be wise to fully exit the trade now.

I wrote yesterday that key levels looked like holding and the price seemed to be going nowhere, although there was a hint of the beginning of a more bearish trend so a short trade from a firm rejection of the resistance at 1.0058 could be an interesting opportunity especially if it happens early in the London session – I would take a bearish bias if that sets up. This was a good call as the trade did set up, although later in the day than I had hoped for and was profitable.

The picture is now more bearish as the USD weakens and the former support at 1.0028 flips to become new lower resistance. It is also more obvious that the price movement is contained by a bearish price channel which is shown in the chart below. I would take a bearish bias today if we have a strong bearish rejection of the resistance at 1.0025. 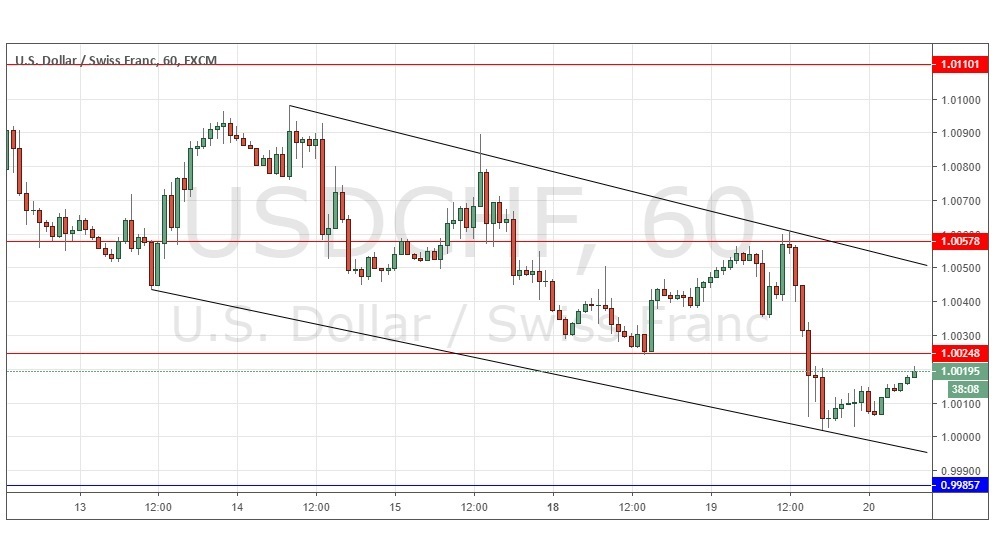 There is nothing of high importance due today regarding the CHF. Concerning the USD, there will be a release of FOMC Meeting Minutes at 7pm London time.