Last Thursday’s signals were not triggered as none of the key levels were reached that day.

I wrote last Thursday that this pair still looked weakly bullish, but I had little confidence in that bias, and would still be looking for a bearish reversal at 1.0110 as the major possible opportunity here. I was almost correct, as the price could not rise above 1.0100 and ended up falling from there, printing new lower resistance at 1.0058 on the way down, while the support level at 1.0028 has held so far after a single touch.

The bulls and bears seem evenly balanced, so the key levels are likely to hold. If the price can trade below 1.0028 for a couple of hours, that would probably be a bearish sign, but overall, I think there will be little movement in this currency pair today. Any opportunities are likely to arrive in other currency pairs. 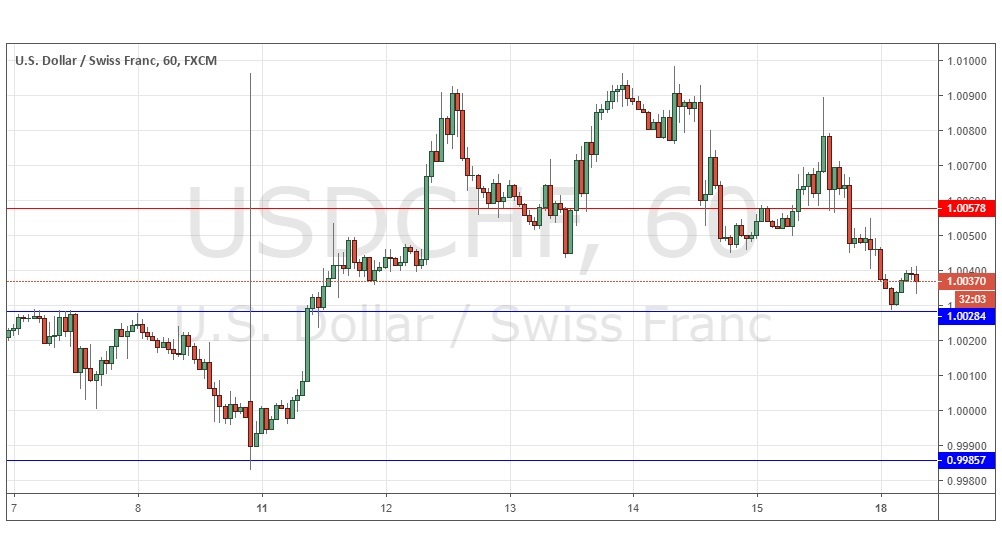 There is nothing of high importance due today regarding the CHF. Concerning the USD, it is a public holiday in the U.S.A.