Trades may only be taken between 8am and 5pm London time today only.

I wrote yesterday that we were starting to see a definite though perhaps shaky medium-term bullish trend get established, with new higher support levels printed above 0.9957, and the resistance just above parity at 1.0008 invalidated – both of which were bullish signs.

I thought it was likely we would see higher prices today and I was right, this was a good call.

The Dollar still looks bullish, although the Swiss Franc is not particularly weak. All in all, higher prices are still likely to happen, but there are two key resistance levels not far away. I think we will see the price hit at least 1.0035 today. 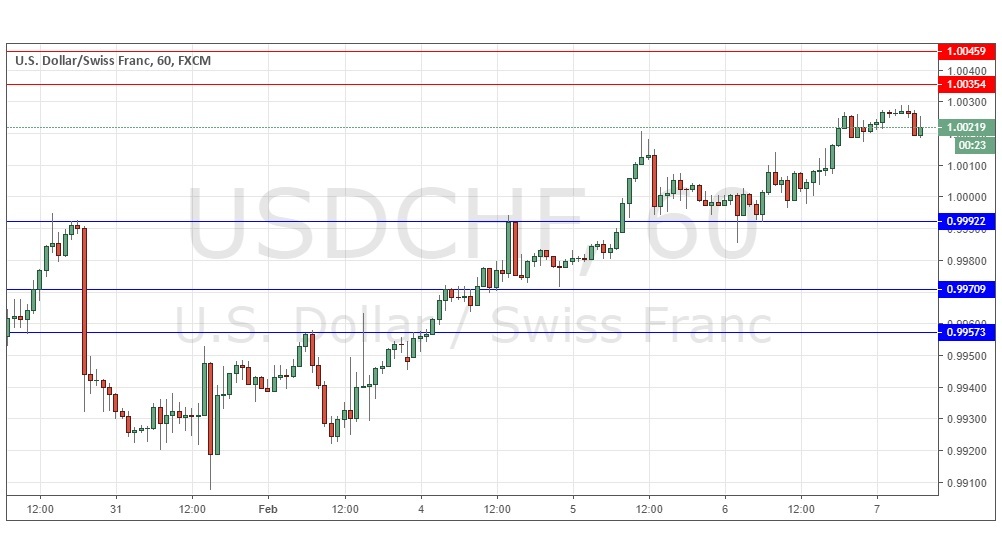