Yesterday’s signals were not triggered, as there was no bearish price action at 1.0008.

I wrote yesterday that I saw the level at 0.9957 as potential good support now, but I also saw the major opportunities as reversals at the extremes as I note the absence of any real medium or long-term trend here in this pair.

This call was too “neutral”, as we are now starting to see a definite though perhaps shaky medium-term bullish trend get established, with new higher support levels printed above 0.9957, and the resistance just above parity at 1.0008 invalidated – both of which are bullish signs.

I think it is likely we will see higher prices today and we might even get a touch of the next resistance level at 1.0035. However, it is quite likely this will happen later, during the New York session, and not before the New York open. 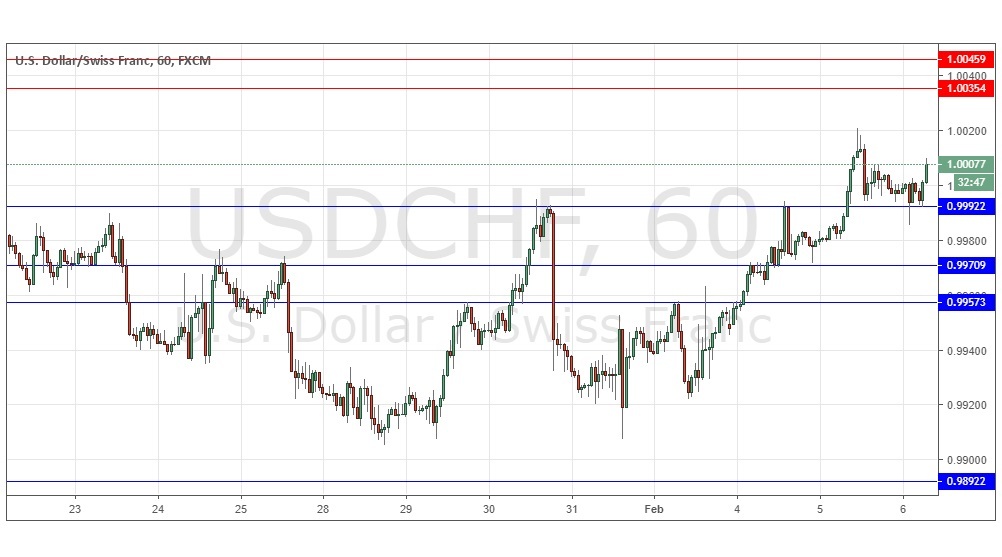