Yesterday’s signals were not triggered, as the bullish bounce at 1.3391 did not happen before New York closed.

Trades must be taken before 5pm New York time on Tuesday.

I wrote yesterday that the price was likely to consolidate here unless the retail sales data due later was a major surprise, so the best approach would probably be to trade rejections of either level on short-term time frames while being very careful with risk and booking profits quickly. This was a good call as support and resistance levels have held and continue to hold.

Today we have important U.S. data which may give more direction here. A break above the recent highs to new highs will be a bullish sign, but it could be hard for the price to get beyond the 1.3500 psychological area. Conversely, a break below 1.3391 could spark a bigger downwards movement, but there is a lot of support so it might reverse quickly and unexpectedly. I think that 1.3391 is likely to be today’s pivotal level, but I have no directional bias. 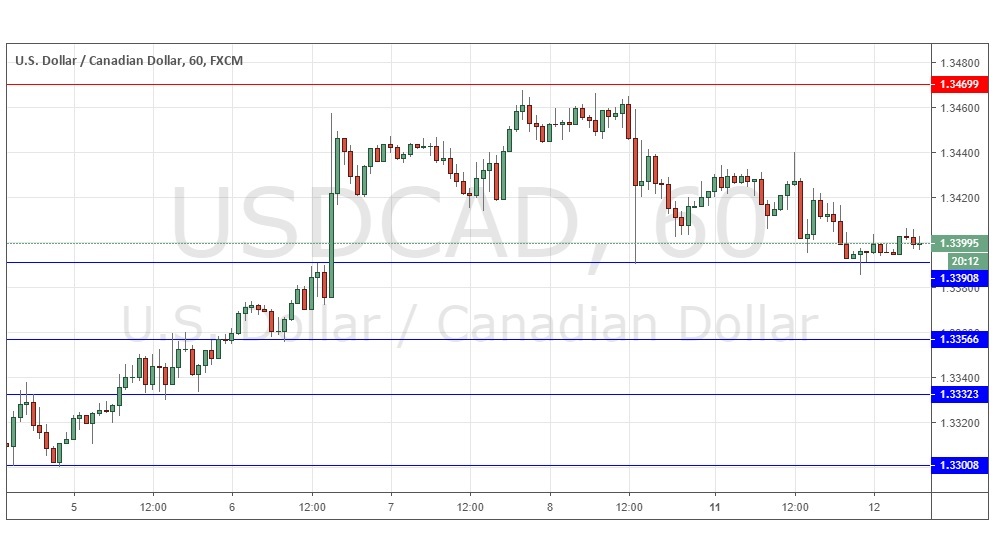 There is nothing of high importance due today concerning the CAD. Regarding the USD, there will be a release of CPI data at 1:30pm London time.