Yesterday’s signals were not triggered, as there was no bearish price action at any of the resistance levels which were reached.

Trades must be taken before 5pm New York time on Thursday.

I wrote yesterday that with the current strength of the USD and the serious weakness in the CAD, being long of this pair has been quite rewarding. Technically, the level at 1.3373 was a major swing high inflection point so if the price could get established above that today and keep trading there for a couple of hours, it would be a bullish sign. It is a true pivotal point so was a level worth watching. This was a good call as the price did breach the level clearly by the time New York opened and then the price rose quite strongly from there, with the Canadian Dollar weakening further as the Bank of Canada announced it would be leaving its interest rate unchanged.

The price is in a near 50-day bullish breakout above recent highs, and has some healthy momentum, so I would only want to look for long trades here. The Canadian Dollar, along with the Australian Dollar, is one of the weakest major currencies right now. 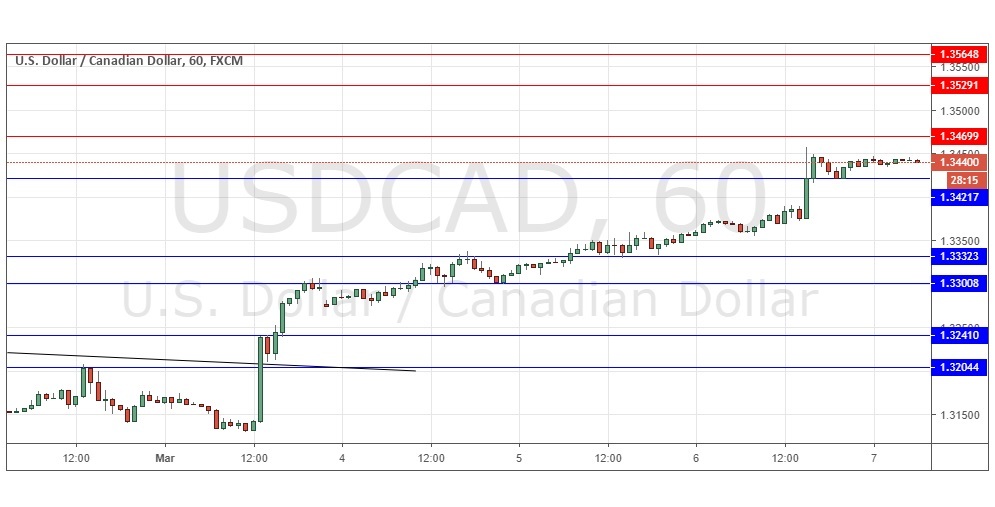