Yesterday’s signals produced a profitable short trade from the bearish doji candlestick on the hourly chart which rejected the resistance level I identified at 1.3332.

Trades must be taken between 8am London time and 5pm New York time on Tuesday.

I wrote yesterday that the strong bullish move had faltered at the round number of 1.3300 and looked to be beginning a bearish retracement. I thought it would be worth taking a bullish bias if we see a firm bullish reversal at about 1.3241 after New York opens, as although there was no long-term trend in this currency pair, there may be some residual bullish momentum left from last Friday’s strong directional move.

I was right about the momentum but wrong about the retracement, as the price essentially just continued to rise, despite being held for a few hours by the resistance level at 1.3332. The price is now trading above that level and looks bullish as it gets very close to making a new 20-day high price. If the price can remain above 1.3332 for the first couple of hours of the London session, that would be a bullish sign that the price would be likely to go on and reach the resistance at 1.3367, but I doubt it would be able to get any higher than that today. 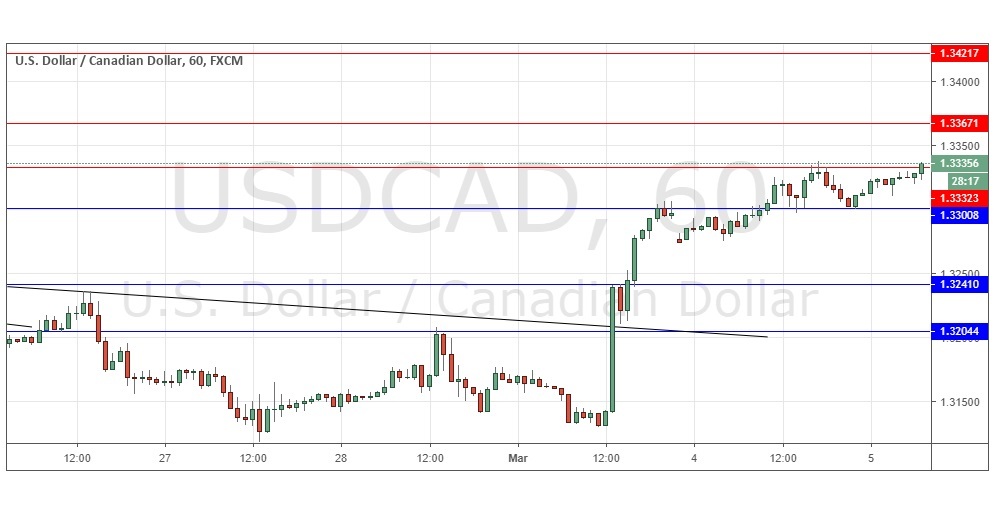