Yesterday’s signals were not triggered, as there was no bearish price action at 1.3206.

Trades may only be entered until 5pm New York time today.

I wrote yesterday the best approach to trade this pair would probably be to just follow the short-term momentum. I thought that a break above 1.3242 would be a bullish sign, but there was (and still is) no long-term trend in this pair to exploit so I took no directional bias. This was a good call as the price was unable to get above 1.3242 after reaching close to that level before turning bearish and falling again.

We have no trend and the bearish channel has been invalidated. Between seeing 1.3150 as potential support and 1.3242 as good resistance, there is little else to say except we will be seeing key data releases for both currencies so it probably wise to step aside from this pair over the next few hours. 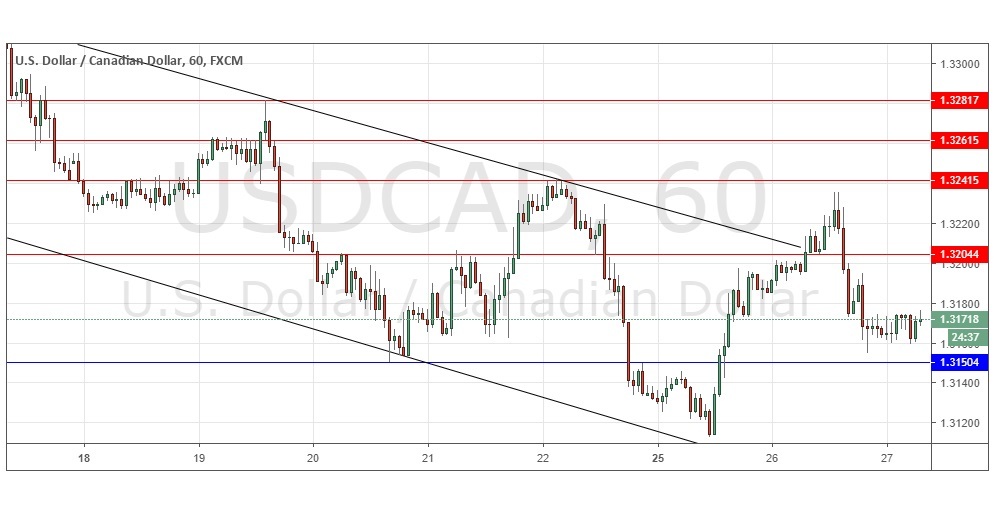 Concerning the CAD, there will be a release of CPI data at 1:30pm London time. Regarding the USD, the Chair of the Federal Reserve will be testifying before the House of Congress on its Monetary Policy Report at 3pm.