Yesterday’s signals were not triggered, as there was no bearish price action at 1.3150.

Trades may only be entered before 5pm New York time today.

I wrote yesterday that the picture now had become considerably more bearish with the Canadian Dollar quite strong, and the price not far from multi-month lows. I was ready take a bearish bias if the price retraced to 1.3150 and made a strong bearish rejection and then broke quickly below 1.3125. Luckily this did not happen, with the price instead making a major swing reversal which was caused by President Trump tweeting that he requested OPEC to stop the price of Crude Oil rising any higher. This impacted the CAD quite hard due to its Oil exporting status and the price is now testing the top of the medium-term bearish channel shown in the price chart below. It is hard to say what will happen next but there is likely to be volatility and action though the movement looks unpredictable. The best approach to trade this pair will probably be to just follow the short-term momentum.

A break above 1.3242 would be a bullish sign, but there is no long-term trend in this pair to exploit so I take no directional bias. 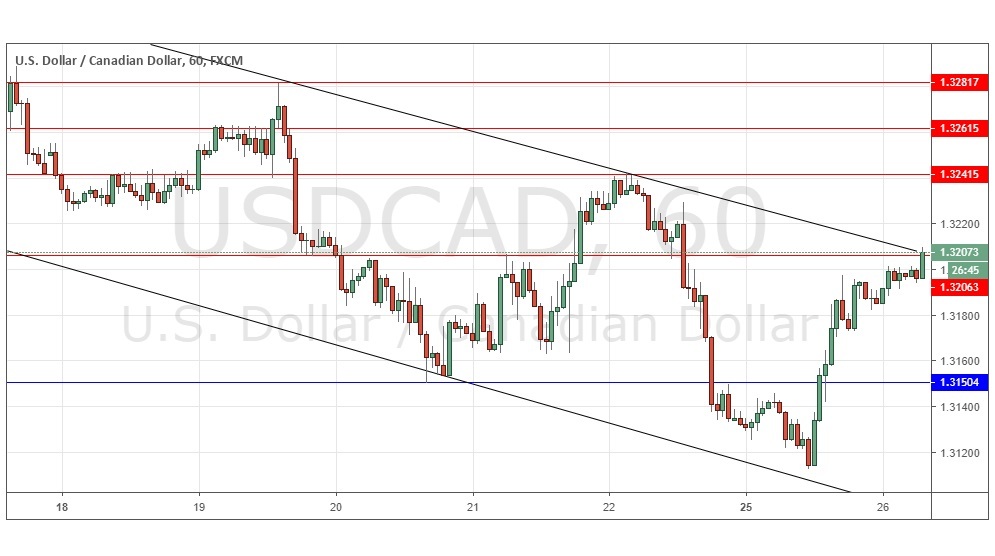 There is nothing of high importance due today concerning the CAD. Regarding the USD, there will be a release of CB Consumer Confidence data at 3pm London time as well as testimony before the Senate from the Chair of the Federal Reserve.