Trades must be entered before 5pm New York time today only.

I wrote yesterday that I saw 1.3262 as likely to be the pivotal level: if it was not breached and Crude Oil rose again later today when the U.S. returns from holiday, I would take a bearish bias here as we might see a nice downwards movement with no support to break it until 1.3165. This was not a great call as the price continued to rise to the next resistance level at 1.3282 before rejecting it to the pip and turning very bearish and falling quite a long way.

The picture now looks more bearish as the USD continues to weaken, and we have new lower resistance at 1.3218. I would take a bearish bias if we get a retrace to that level later and a firm bearish rejection, but it looks right now that the support at 1.3165 is likely to be hit first before that happens. 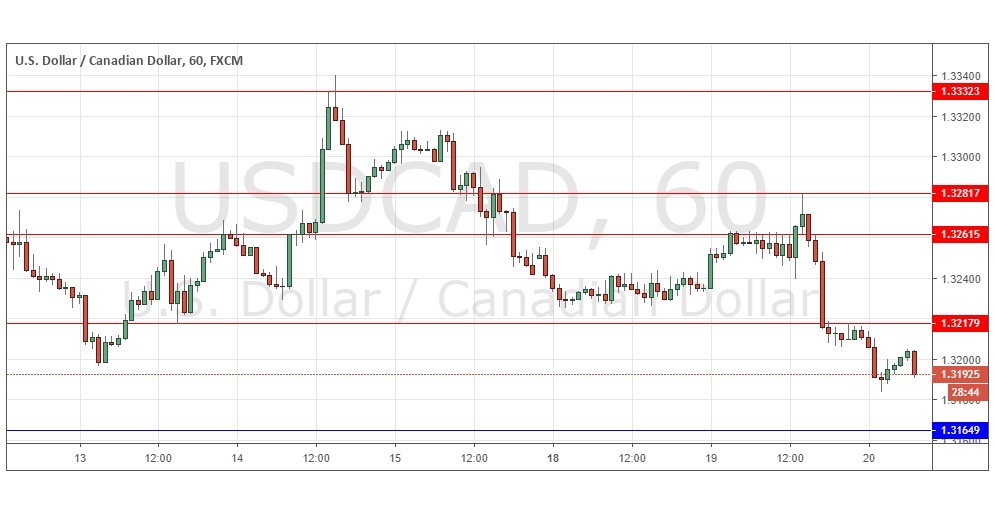 There is no long-term trend so trading this pair can be difficult.There is nothing of high importance due today regarding the CAD. Concerning the USD, there will be a release of FOMC Meeting Minutes at 7pm London time.