Trades must be taken before 5pm London time today.

I wrote last Thursday that as the U.S. Dollar was still quite bullish at present, so higher prices would not be a surprise over the course of the day, although I took no directional bias here. The price rose strongly after initially pausing at the first resistance level before finally topping nicely at the obvious swing high resistance of 1.3323, giving a nice short trade opportunity.

There is some volatility here, mainly due to active trading in Crude Oil which is making some long-term new high prices, which is strengthening the Canadian Dollar. For this reason, shorts will probably be better than longs, but overall the price will probably move little today and just consolidate due to the U.S. holiday. I have no directional bias and note that over the medium-term, the price has gone all over the place, making trading this pair typically unpredictable. 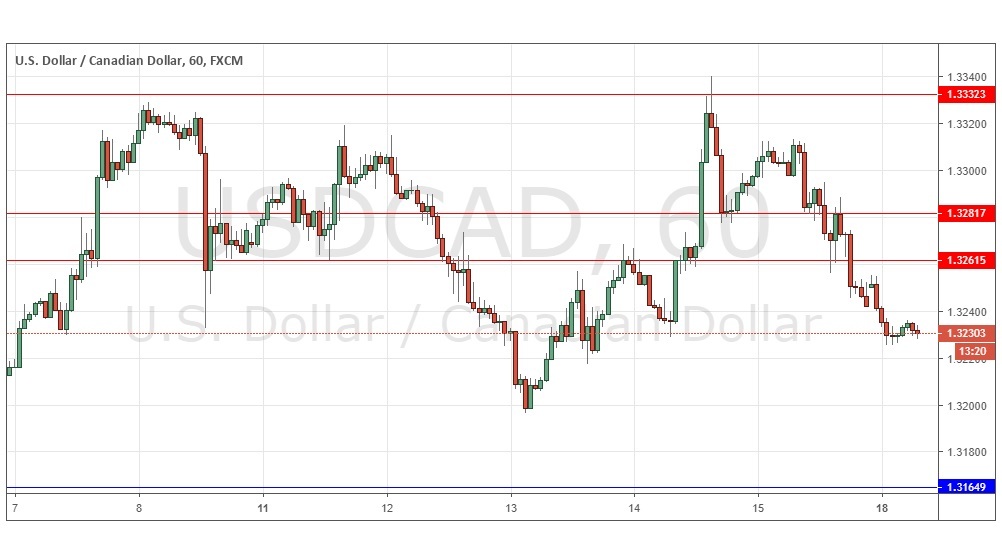 There is nothing of high importance due today regarding the CAD. Concerning the USD, it is a public holiday in the U.S.A.