Trades may only be taken between 8am London time and 5pm New York time today.

I wrote yesterday that this pair remains interesting as we have seen an abnormally strong movement in the Canadian Dollar, so we may see more momentum to the downside in this pair. However, at present the U.S. Dollar was relatively strong, so the move was probably not going to happen yet. None of the key levels were reached and it may be that volatility is dying off here making the pair less attractive to trade. We will probably need to wait for the USD data release later to see if there is still life here – if so, I’d be interested in any reversal from a key level after that time, especially a short trade as we are seeing the start of a possible long-term bearish trend. 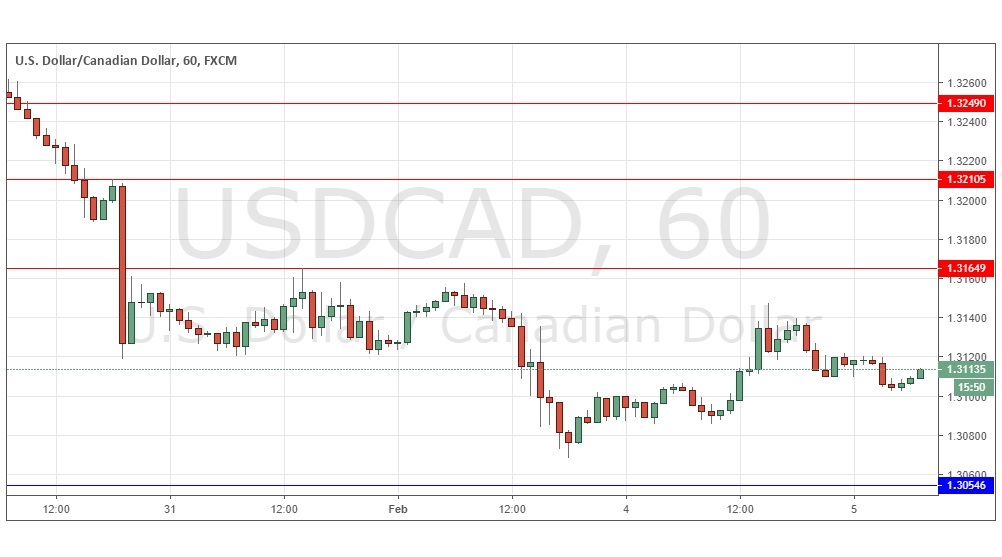 There is nothing of high importance due today regarding the CAD. Concerning the USD, there will be a release of ISM Non-Manufacturing PMI data at 3pm London time.