The US dollar treads water over lower inflation expectations. The euro gained traction after it bounced off the key support (1.0350) on the daily chart. A pop above 1.0500 has prompted short-term sellers to cover some positions. Then a series of higher lows suggests increasing buying pressure. 1.0630 is the resistance ahead and its breach could extend the rally to 1.0750 near the recent peak, where selling interest could be expected. 1.0490 is a fresh support and a bearish breakout could invalidate the current rebound. 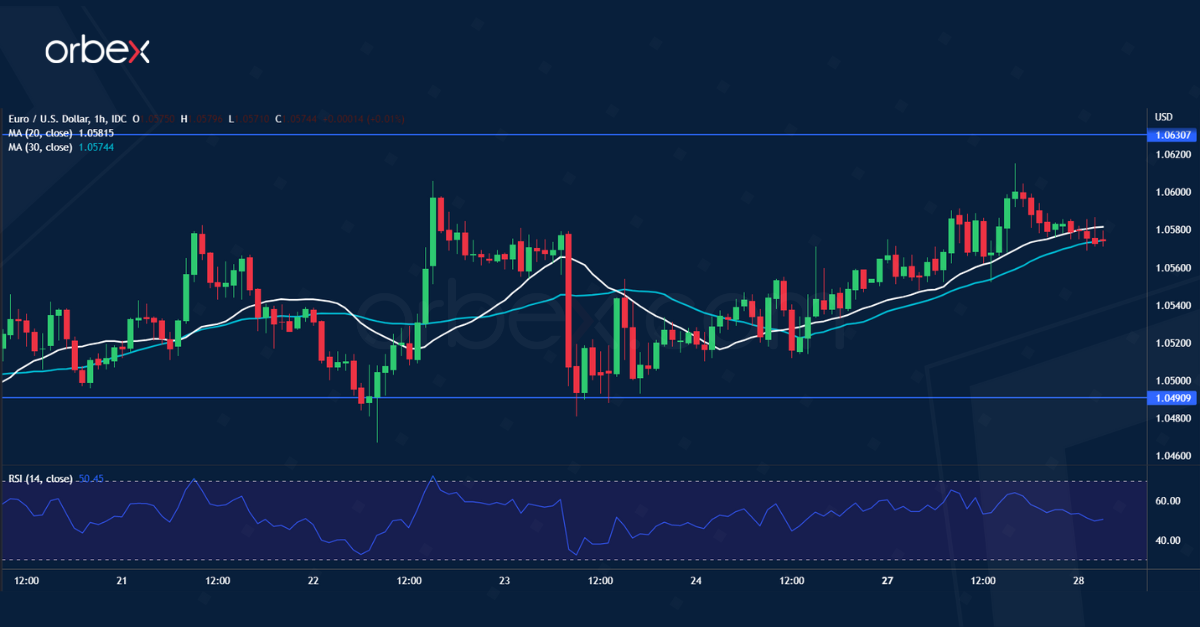 The New Zealand dollar softens as commodity prices remain under pressure. After meeting stiff selling pressure in the supply zone (0.6400), the pair is struggling to hold onto its gains above 0.6250. 0.6200 is an important level to keep the kiwi afloat or it could be vulnerable to another round of sell-off. On the upside, a rally above 0.6350 would bring the price to the key resistance at 0.6430 where the bears may look to sell into strength. However, a bullish breakout may attract momentum buying and send the pair to 0.6560. 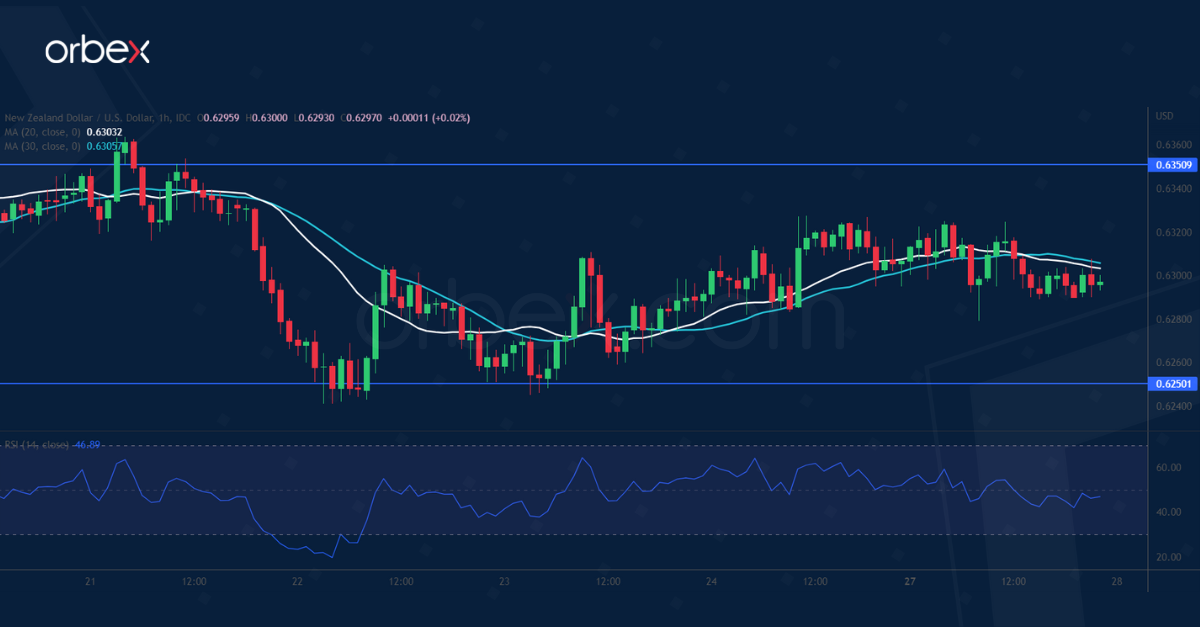 US 30 may see pullback

The Dow Jones 30 steadies as some investors are hopeful that markets may bottom out soon. The rebound gained impetus after it broke above 31000. Momentum buying has lifted the index back to the origin of the mid-June sell-off at 31500 which used to be a support. 32300 is the next hurdle and a bullish close would bring the price to 33200 near the recent top. The RSI’s overbought situation may cause a limited pullback as intraday traders take profit. 31400 is the first support and 30800 the bulls’ second line of defence. 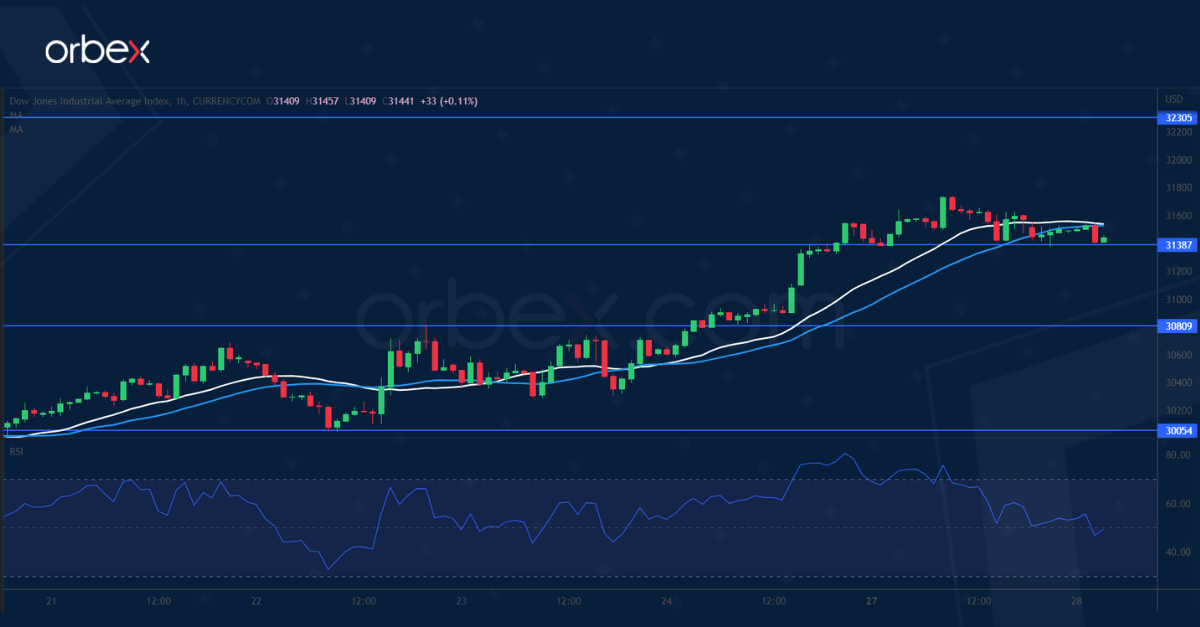 NZD/USD is turning south towards 0.6300 after RBNZ Governor Orr squashes hopes of a 75 bps rate hike in the coming meetings. RBNZ raised the key rate by 50 bps to 3% while raising OCR projections. Focus shifts to the Fed minutes.

AUD/USD is trading close to 0.7000, consolidating the dismal Australian wage price data-led losses. Softening wage growth data could prompt the RBA to slow down its policy tightening. The US dollar looks to extend the previous sell-off ahead of the FOMC minutes.