“It is in the nature of the human being to seek a justification for his actions.”
― Aleksandr Solzhenitsyn

Despite the rising probability, along with increasing sentiment and real positioning, suggesting the US dollar cyclical bull market rally is over (ending with the peak in early January 2017 labeled 5 of III below), the jury is still out.  Why do I say that? Well, below are some of rationales to consider: 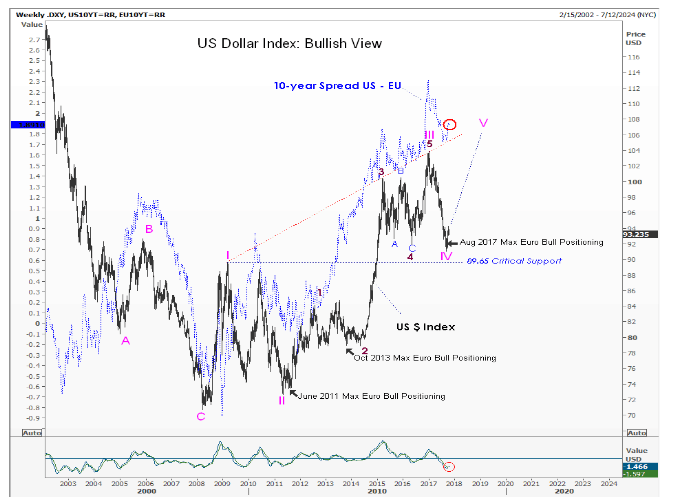 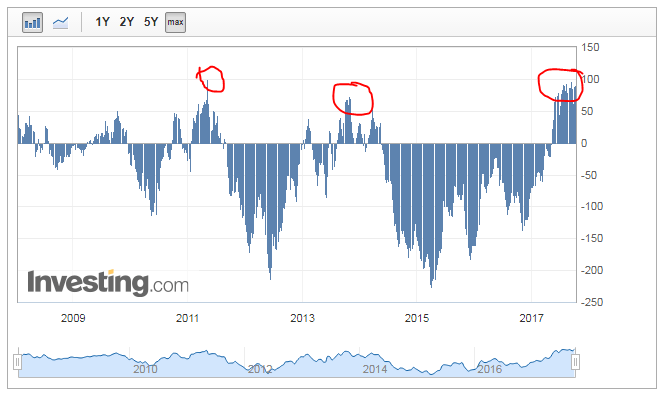 So, we play our primary expectations, but we should also do our best to remain open to new information that may prove us wrong. Hopefully, if you are a dollar bear, this piece will help.