Jobless claims have been the telltale for the pandemic economy. The March shock that announced the employment catastrophe of the lockdowns still resonates in the financial markets.

Filings for first time unemployment benefits are expected to be 725,000 in the December 4 week. Continuing Claims are forecast to drop to 5.4 million in the final week of November from 5.52 million, which has been the lowest of the recovery.

The increasing number of economic closures ordered by some governors and mayors may have been the source of the November rise in layoffs. But claims also rose twice in the summer by greater amounts when the pandemic was at an ebb.

The restaurants and retail stores that have been shut in much of California, universally in Los Angeles, except for a long list of exemptions, and elsewhere probably did not have many employees to lose. At any rate the increase in claims has been modest.

In reality the connection between initial claims and payrolls is not tight. As trend statistics they almost always move in the same direction over time but the tie between the weekly claims figures and the monthly job numbers is weak.

Claims have reversed direction by substantial amounts three times since March. Only once, in November, did the claims increase coincide with a worse than expected payrolls number. From November 11 at 711,000 to November 20 at 787,000 initial filing rose 76,000. Payrolls last month came in at 245,000 just over half the 469,000 forecast.

The Atlanta Fed's December 4 GDPNow estimate for fourth quarter growth, which incorporates November's payrolls report, is 11.2%, up 0.1% from the prior.

This agrees with the robust levels of new business portrayed in the services and manufacturing New Orders Indexes, with six-month averages of 60.6 and and 63.1 respectively. The Employment Index in services rose to 51.5 in November and the manufacturing index dropped to 48.4.

The rise in initial claims that coincided with the new lockdowns may have dissuaded some managers from hiring, It does not appear, at least so far, to have generated a new wave of layoffs. After two weekly gains, claims again reverted to trend at 712,000.

Currency markets have punished the US dollar over the past several sessions for the ever rising number of COVID-19 diagnoses in the states. The economic impact of this wave, given the claims, payroll, PMI and GDP numbers, seems quite limited.

That reality will eventually make its way to foreign exchange. 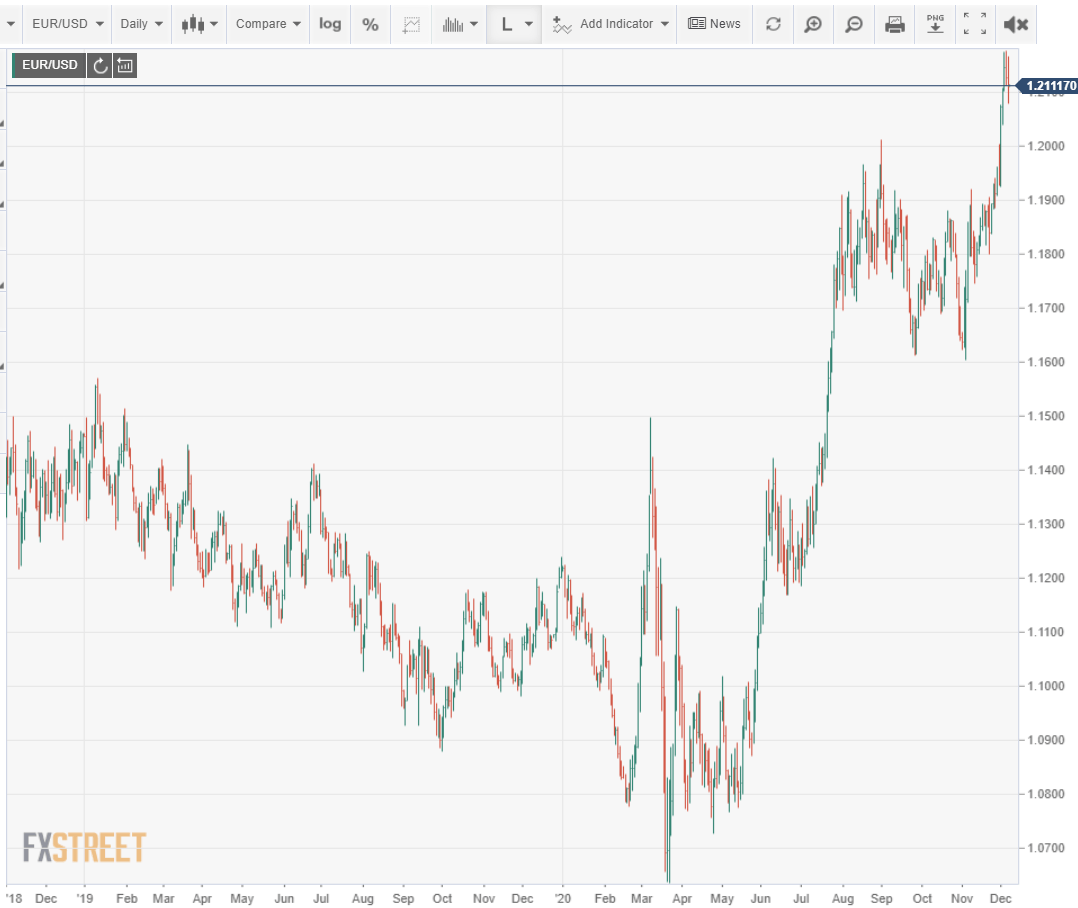