The Federal Reserve will keep printing dollars and depress the currency – less than 24 hours after making that assumption, Gross Domestic Product figures for the first quarter are already causing a rethink. While the headline is at 6.4% annualized growth – well within expectations – the components are pointing to heating and perhaps overheating economy. That could boost the dollar.

Here are three positive developments that could boost the greenback:

1) What comes down, goes up

Had inventory growth remained unchanged, GDP would be 9% and not 6.4%. The drawdown in physical stocks dragged growth some 2.64% annualized, a substantial impact.

When inventories are depleted during one quarter, they tend to be replenished in the following one. Moreover, this drawdown could push manufacturing higher. The second quarter is already looking strong amid the quick reopening, and now it looks even brighter.

2) Investing in the future

Business investment is up 9.9% annualized in the first quarter and home investment has leaped by 10.8%. Such expenditure will bear even more fruits in the future, whether in the current quarter or the next ones. It is also a sign of confidence in the world's largest economy.

Jerome Powell, Chair of the Federal Reserve, prepared a full speech to explain why inflation is transitory – base effects and bottlenecks are to blame. The Fed is watching but assumes price rises will dissipate.

However, inflation figures published in the GDP report point surprised to the upside,w with the price index – aka the "deflator" jumping by 4.1% annualized compared with 2.6% projected. While the core figure is only at 2.3%, the rapid advance in headline prices could eventually spill into inflation expectations. That could move the Fed toard tapering its bond-buys sooner rather than later.

Overall, growth components are pointing to faster expansion down the line, and could eventually push the dollar out of its current hole.

Theta price printed a new correction low on July 20, undercutting the May 19 low of $3.70 and the 78.6% retracement level of $3.54 before rallying 100% into yesterday’s high. The convergence of key resistance levels prevented an extension of the rally.

US June Durable Goods: More than meets the eye 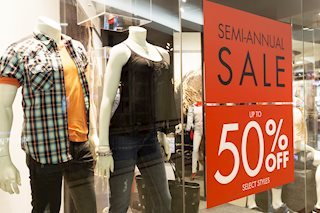 New orders for long-lasting consumer goods were slower than forecast in June but large positive revisions to the May results kept market focus on the robust US economic recovery.  Two of three Durable Goods categories miss forecasts by wide margins.