More than double than pre-pandemic – the 5% annualized growth rate expected for the fourth quarter is a reason to be cheerful. That may boost the dollar, but not stocks, which are wary of tighter monetary policy from the Federal Reserve. One day after the bank's big decision, Gross Domestic Product is set to move markets – as the Fed remains data-dependent.

The US economy is set to complete an impressive recovery in 2021 on a high note. The economic calendar is pointing to an increase of 5.4% annualized in the fourth quarter, far above 2.3% recorded in the previous three months.

The Delta COVID-19 variant held back America's expansion in the third quarter, and the bounce-back was robust in almost all of the quarter. Omicron came in late, and had a negative impact in December, as retail sales data showed for the final month of 2021.

The most recent data points are already factored into GDP calculations. Given the stop-start nature of the economy since the pandemic and high volatility, it would take a significant surprise for the headline figure to rock the boat. A sub-5% expansion rate would be disappointing, dragging the dollar down, and a level above 6% annualized would be a positive surprise. Gone are the days when a deviation of 0.1% would be substantial. 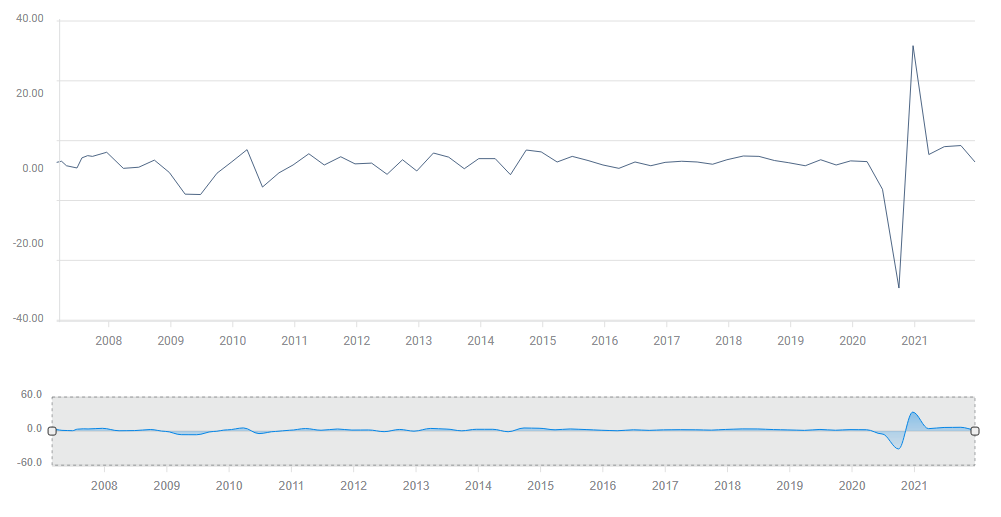 In case headline GDP growth comes out with a 5% handle, the inflation component could steal the show. The Fed's exact path of rate hikes and perhaps more importantly, the way in which the bank withdraws money from markets, is still up in the air. The Fed is data-dependent – and its current focus is inflation.

GDP growth comes in real terms, after taking price rises into account. Alongside this inflation, the figure known officially as the Personal Consumption Index (PCE) or also as the deflator, the focus will likely be on Core PCE. That statistic excludes volatile items such as food and energy and guides the Fed.

Economists expect it to hit 4.9% after 4.6% in the previous quarter. Again, assuming no major surprises from headline GDP, a deviation in Core PCE could rock the dollar. A level closer to 5.5% on underlying inflation would boost the greenback while a figure closer to 4.5% would depress it.

Given the persistently high inflation reads of late, there is more room for an upside surprise than a downside one.

Core PCE is on the rise, but where next from here? 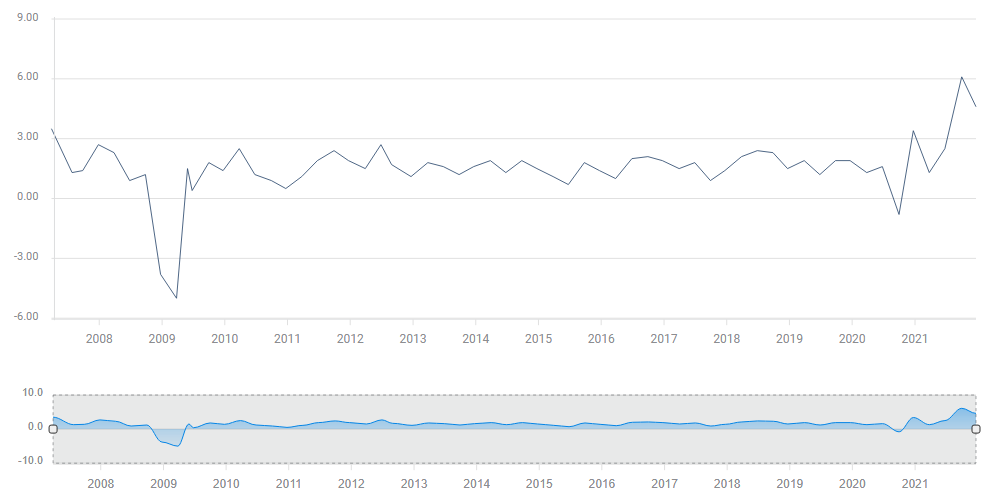 The first GDP estimate tends to have a substantial impact on markets, but this time, it is squeezed between the high-stakes Fed decision and the Russian bear. Investors have one eye watching the Russian-Ukrainian front, and the risk of war and an energy crisis.

Assuming tensions remain at current, elevated levels, the safe-haven dollar would remain bid, helping it overcome weak figures. On the other hand, if there is a sudden defusion of tensions ahead of the release, the greenback could suffer a sell-off unless headline GDP and inflation smash estimates.

The US economy has likely expanded at a rapid clip of over 5% annualized in the final quarter of 2021. The Fed's focus on inflation means that Core PCE could steal the show from headline GDP. It is also essential to note the market mood leading into the event, especially the geopolitical wildcard.