The US advance GDP report beat estimates with a -32.9% Q2 contraction rate that was a modestly smaller drop than feared, though it still constituted a record drop, following annual revisions that raised the real and nominal GDP levels as of Q1, but left the chain price index the same. For revisions, the -5.0% Q1 real GDP figure was left unrevised, though the prior two quarterly gains were raised to 2.4% (was 2.1%) in Q4 and 2.6% (was 2.1%) in Q3, hence leaving a stronger trajectory into Q2. There were plenty of Q2 component surprises, with the big upside surprise coming from a much weaker than assumed real import figure, where we saw a -53.4% decline (import drops add to GDP), alongside an expected -64.1% export drop.

We also saw a surprising 2.7% rise for real government purchases, instead of the widely assumed drop. The Q2 inventory figures posted the expected huge liquidation, with a -$234.6 bln inventory subtraction that left a record-large liquidation rate of -$315.5 bln. We saw more modest downside Q2 surprises for the investment figures, with a -27.0% contraction rate for business fixed investment and a -38.7% for residential investment. Consumption fell -34.6% in Q2, which was a tad weaker than we assumed but was in line with market estimates. Today’s GDP and claims data prompted tentative bumps to GDP forecasts to 28.0% (was 31%) in Q3 and 9.0% (was 7.5%) in Q4, and a trimming of the July non-farm payroll estimate to 2.6 million from 3.3 million. 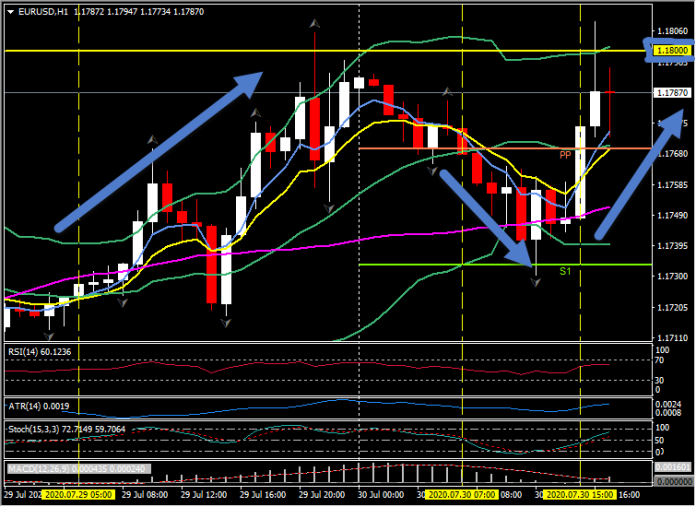