“The past is never dead. It’s not even past," American novelist William Faulkner

The US economy roared back in the final three months of 2021, more than doubling its growth rate from the third quarter.

Annualized GDP is forecast to have climbed to 5.4% from October to December, more than twice as fast as the 2.3% pace in the previous quarter.

January has been a month of turmoil in the equity markets. Economic success in the final months of 2021 may only matter for what it tells about growth in the first half of 2022.

The US economy is beginning to show signs of a slowdown. Retail Sales finished the old year with a sharp drop in December. Initial Jobless claims have jumped 43% to 286,000 in the three weeks to January 14. Consumer outlook has been dismal for more than six months.  Inflation, that destroyer of purchasing power and confidence, is at 7%, its highest level in four decades with no sign of relenting.

The Federal Reserve’s anti-inflation campaign will begin raising the fed funds rate in March after ending two years of bond purchases that granted massive liquidity support for the economy. Higher interest rates are predicated on a healthy economic expansion. If US growth starts to ebb, the Fed’s rate program, currently predicted at four increases this year, could become untenable. 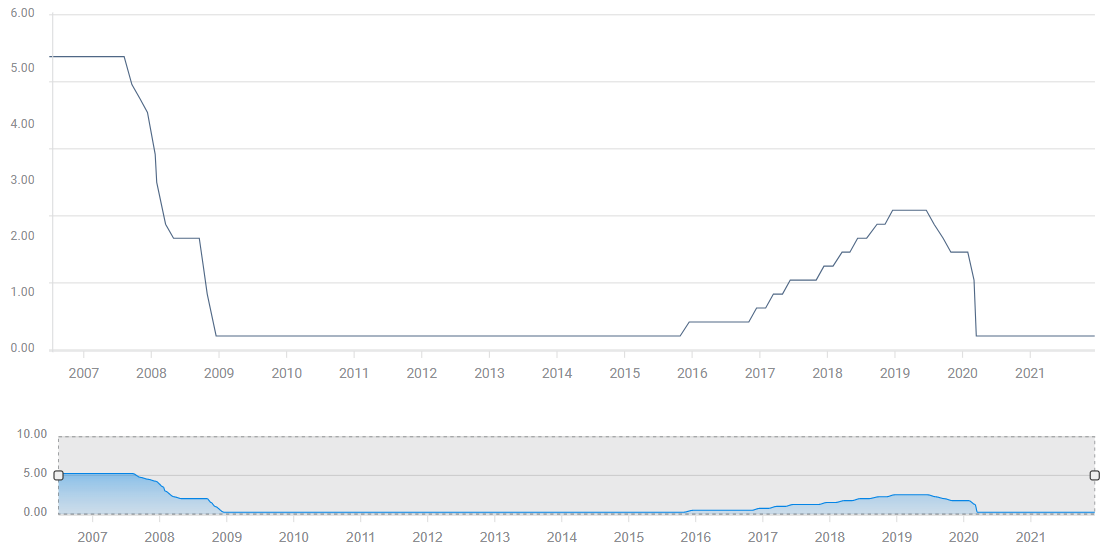 Let's look at the three GDP possibilities and what markets will make of each.

The confidence that this expansion might normally have instilled in markets for a continuation into 2022 has been undermined by recent data. Unemployment claims and inflation are more telling for the first and second quarters than old GDP information. In light of the new statistics, and combined with the continuing supply chain problems and labor and product shortages, markets are likely to treat a 5.4% final quarter as a mild disappointment though with little impact on trading levels for equities, Treasuries and the dollar.

This will work to mitigate the concerns about first half growth and reinforce the Fed’s rate program in the eyes of the market. Treasury yields and the dollar will gain, equities lose.

If GDP is worse than the forecast 5.4%, markets will take it as a sign that the negative economic trends started much earlier. This would be a major surprise and holds the greatest  possibility for market impact.

A weak or nonexistent expansion would severely undercut the Fed’s rate intentions, sending Treasury rates and the dollar lower, and, quixotically, equities higher with a reprieve from higher rates.

Markets tend to look for information that confirms the current economic and rate scenario.  Despite tremors in retail sales and jobless claims and the dangerous inflation rate, the US economy is expected to be at sufficient economic altitude in the first half to let the Fed get on with its rate campaign.

That conviction, however, has weakened in January. The equity correction is not solely based on the prospect of rising interest rates. Even if the Fed reaches its projected fed funds goal, Treasury and commercial rates at the end of the year would still be considerably below recent historical levels.

The concern that the US economy is slowing is not primarily based on higher rates but on the dislocations and changes wrought by the lockdowns and the evident inability of the global recovery to find a firm footing.

Federal Reserve determination is the key question. Having reversed rate policy in an uncharacteristic, rapid and somewhat querulous fashion, the governors will not easily switch again.  It would take a large and unexpected reversal in US economic growth, perhaps a negative quarter, to make the Fed reconsider.

The fourth quarter of 2021 will not provide an excuse.