Inflation stayed near a four-decade high in May and its 13-month rampage is threatening to plunge the American economy into its second recession in two years.

Core Personal Consumption Expenditure (PCE) prices climbed 4.7%, as expected last month, down slightly from the April 4.9% pace. Overall PCE inflation was unchanged at 6.3%, just below the March record since 1982 of 6.6%, reported by the Bureau of Economic Analysis (BEA) on Thursday. 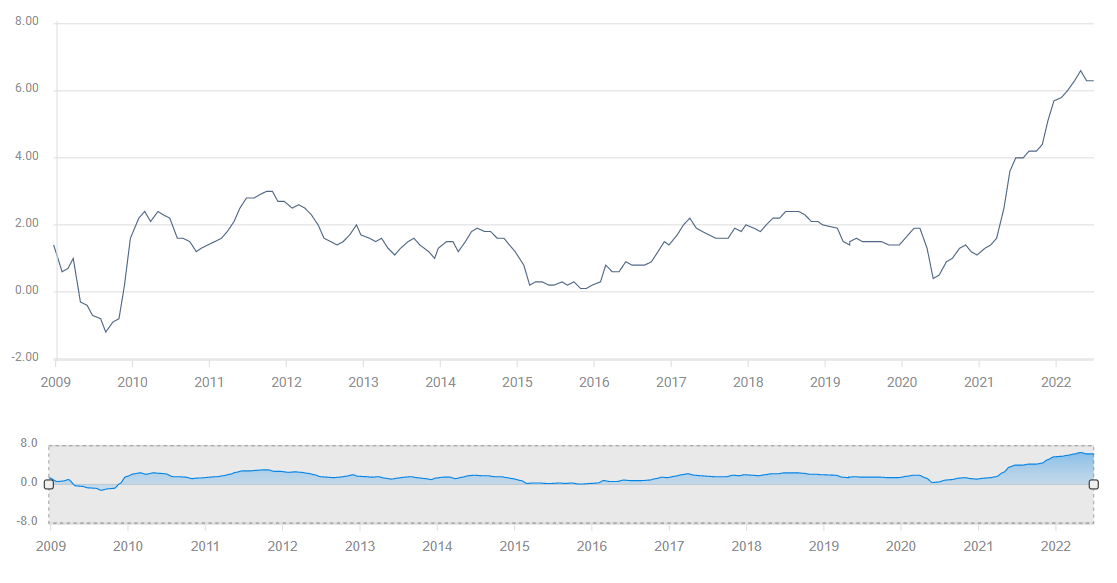 Core PCE, which excludes food and energy costs, was stable in May at 0.3% though headline prices jumped 0.6%, tripling their 0.2% gain in April.

The escalating pressure on consumers from the unremitting price increases was reflected in Personal Income and Spending figures and their inflation-adjusted derivatives, both sets issued by the BEA.

Personal Income, a broader category than Average Hourly Earnings from the Bureau of Labor Statistics (BLS), rose 0.5% in May, as expected and was unchanged from April. Disposable personal income, which subtracts taxes and other impositions, also rose 0.5%. However, real disposable income which corrects for inflation, dropped 0.1% after rising 0.2% in April. Annual disposable income contracted 3.3%, the fourth yearly drop in a row.

Personal Spending saw a similar disparity between the headline numbers and their price-adjusted versions. Spending rose 0.2% in May, less than half the 0.5% forecast. April’s result was revised down to 0.6% from 0.9%. Real personal spending fell 0.4% following a 0.3% gain in April. 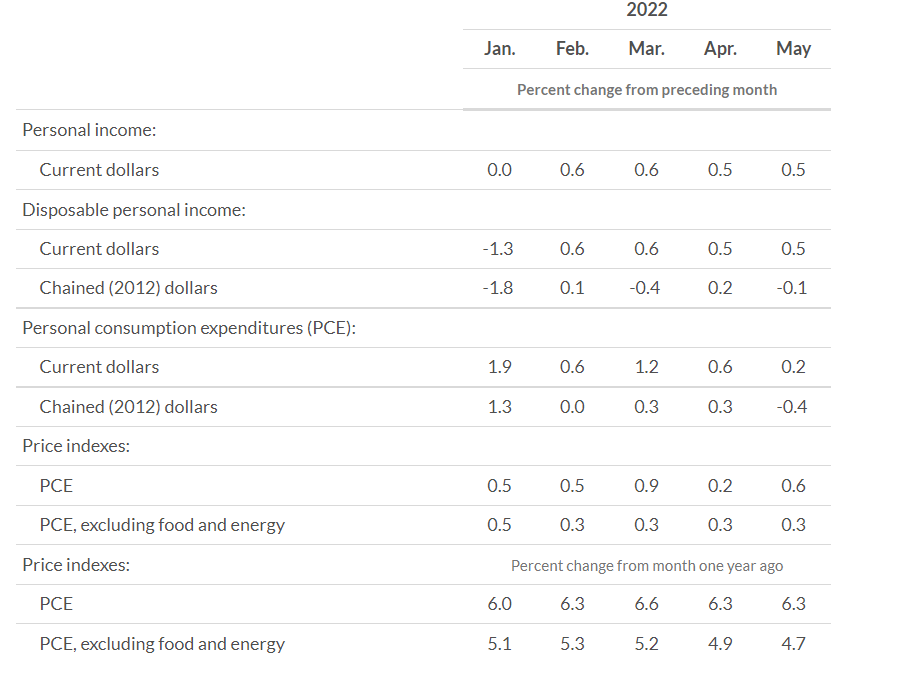 In the US about two-thirds of economic activity and GDP is tied to consumer spending.

The Atlanta Fed’s GDPNow program latest estimate for second quarter growth slipped to -1% after the spending and income releases. It is the first negative prediction for the quarter and if accurate would put the US economy in a recession, judged by the traditional standard of two consecutive contracting quarters. Yesterday the final revision to first quarter GDP dropped to -1.6% on an annualized basis.

Equities retreated at the prospect of a first-half recession, though by early afternoon, markets were off their worst levels.

The dollar was lower in quiet trading, down minor amounts in all the major pairs. 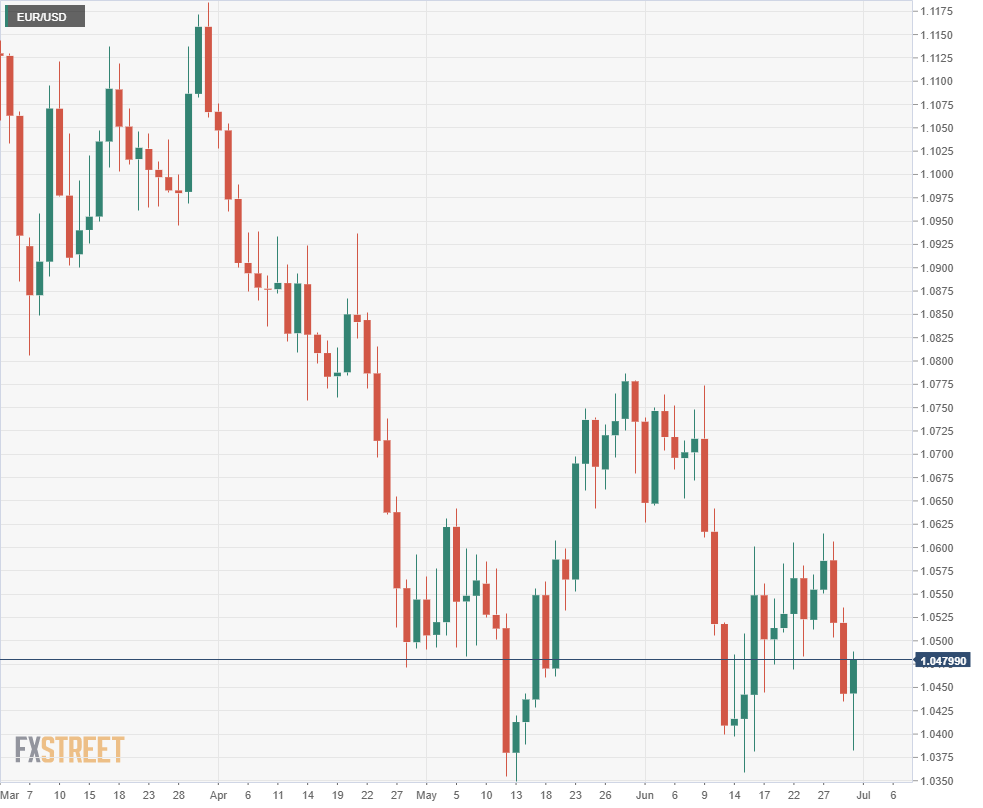 Falling consumer spending is the Federal Reserve’s current nightmare. The US economy lives and dies by its household consumption. If families cut back on purchases because their income is being steadily eroded by inflation, a recession is assured.

Having staked out a strict inflation position after getting its predictions wrong for almost all of last year, the governors’ determination to curb inflation is about to be tested.

At an ECB forum on Wednesday, Fed Chair Jerome Powell vowed not to let inflation take hold in the US economy.

Second quarter GDP will be reported on July 28, one day after the Fed meeting which is expected to add another 75 basis points to the base rate. It would be the third hike in a row, the second 0.75% increase and would put the fed funds rate at a 2.50% upper target.

If by the beginning of August the US is officially in recession, what happens to Fed policy?  The bank’s own rate projections have the base rate at 3.4% at the end of the year, that is adding another 100 basis points over the three remaining meetings.

Can the Fed continue to raise rates with a contracting economy and a national election in November?