The Bank of England's (BoE) aggregate balance sheet statistics for the Monetary and Financial Institutions (MFIs) provide a macroeconomic picture of the UK banking system.

They illustrate the contraction of bank balance sheets until December 2015 (-19% compared to January 2010). This was mainly the result of the decline in outstanding loans to the resident non-financial private sector, whose debt was returning to more sustainable levels. Non-resident claims and interbank transactions also contributed to the decline in bank balance sheets. 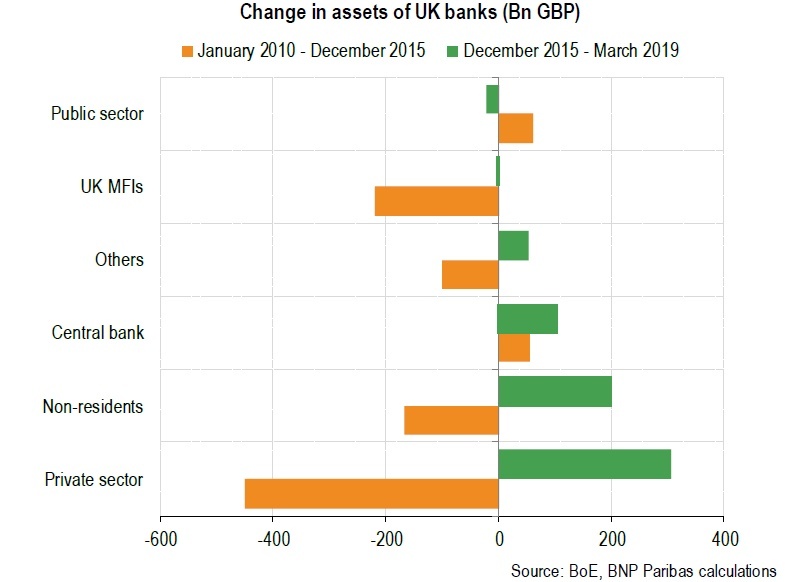