Turkish Lira fireworks are back with a bang in the EM scene. TRY plunged at the start of Monday trading after Erdogan fired central bank governor Naci Agbal following a rate hike. EM currencies were pressured across the board, prompting USD higher and metals lower in early Asi trade. The week starts with a heavy dose of Powell appearances.  The chart below suggests volatility in EMFX may be showing a possible inv H&S formationm as its correlation reaffirms with DXY. 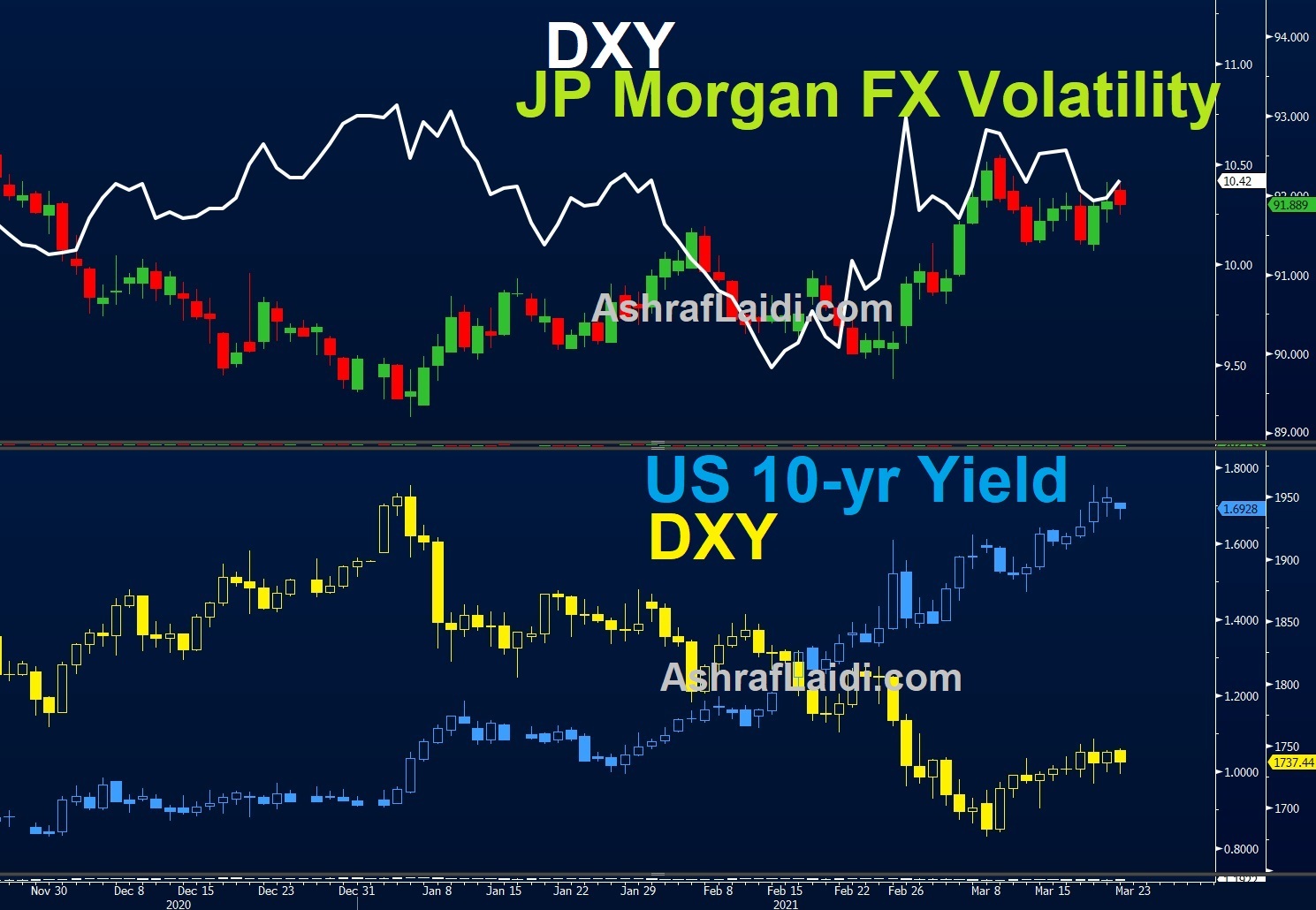 The market had only-recently began to give the lira some credibility after years of ill-fated meddling with the central bank. On Friday, The Economist wrote a glowing article on Agbal for restoring credibility and breathing new life into the currency, in part by raising rates by 675 bps since November.

Instead he was sacked. The market didn't see it coming at all with the lira posting a strong two-day rally on Thursday and Friday. With Erdogan installing an ally and proponent of lower rates, the lira fell 17% at the open before trimming its decline to 12%.

For non-TRY traders, the question is whether this will spread or kickoff larger problems in emerging market currencies.

There will certainly be some broader fallout in the day ahead but it's not likely to last. Turkey has its own set of problems and there's a certain financial ring-fence around the region. From Aug-Nov last year, USD/TRY rose 4% and there was little fallout elsewhere.

The larger problem is inflation, which was running at over 15% in Turkey. Emerging markets have also wracked up large debts during the pandemic but don't have the luxury of structural disinflation and QE. That problem isn't unique to Turkey and it's worth worrying about how other countries cope.

The good news is that huge US stimulus and high spending in other developed countries should spill over and allow governments to put budgets on track. Commodity inflation is a double-edge sword. It's a net-benefit to many emerging markets but importers like Turkey lose out on the growth and also suffer from the inflation.

Looking at the week ahead, the Fed will remain in focus with Powell speaking Mon, Tues and Wed at various events culminating with Senate testimony.