This is not a correlated market. The dollar is Down- and Crude is Down- which is normal and the 30 year Bond is trading Lower. The Financials should always correlate with the US dollar such that if the dollar is lower then bonds should follow and vice-versa. The S&P is Lower and Crude is trading Lower which is not correlated. Gold is trading Higher which is correlated with the US dollar trading Down. I tend to believe that Gold has an inverse relationship with the US Dollar as when the US Dollar is down, Gold tends to rise in value and vice-versa. Think of it as a seesaw, when one is up the other should be down. I point this out to you to make you aware that when we don't have a correlated market, it means something is wrong. As traders you need to be aware of this and proceed with your eyes wide open.

At this time all of Asia is trading Higher. Currently all of Europe is trading Lower. 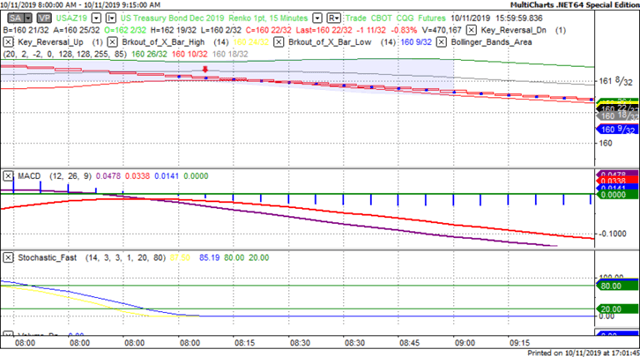 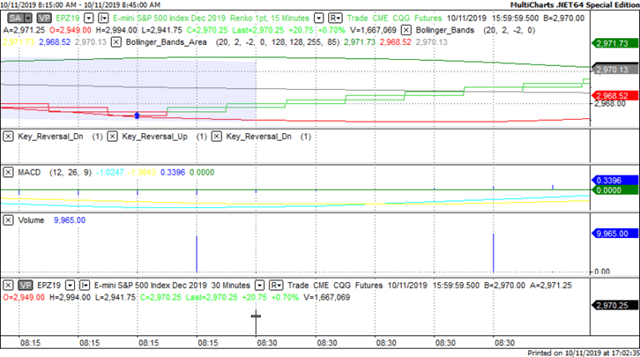 On Friday we gave the markets an Upside bias as both the USD and the Bonds were trading Lower Friday morning and this is generally indicative of an Upside Day. The markets didn't disappoint as the Dow gained 320 points and the other indices gained ground as well. Today we aren't dealing with a correlated market and our bias is to the Downside.

So Thursday evening we heard rumors that the proposed talks with China was to resume on Friday and for once the rumor proved to be fact as trade talks did resume. The markets took this as a positive given the announcement that proposed tariffs that were scheduled to go into effect October 15th won't be. All in all this proved to be a positive day for the markets as the Dow alone jumped 320 points. The other indices gained ground as well. Being that today is Columbus Day in the US the bank s are closed and there is no major economic news being reported.