This is not a correlated market.  The dollar is Down- and Crude is Up+ which is normal and the 30 year Bond is trading Lower.  The Financials should always correlate with the US dollar such that if the dollar is lower then bonds should follow and vice-versa. The S&P is Higher and Crude is trading Higher which is not correlated. Gold is trading Higher which is correlated with the US dollar trading Down.   I tend to believe that Gold has an inverse relationship with the US Dollar as when the US Dollar is down, Gold tends to rise in value and vice-versa. Think of it as a seesaw, when one is up the other should be down. I point this out to you to make you aware that when we don't have a correlated market, it means something is wrong. As traders you need to be aware of this and proceed with your eyes wide open.

At this time all of Asia is trading Higher.  Currently all of Europe is trading mainly Higher with the exception of the London exchange which is fractionally Lower. 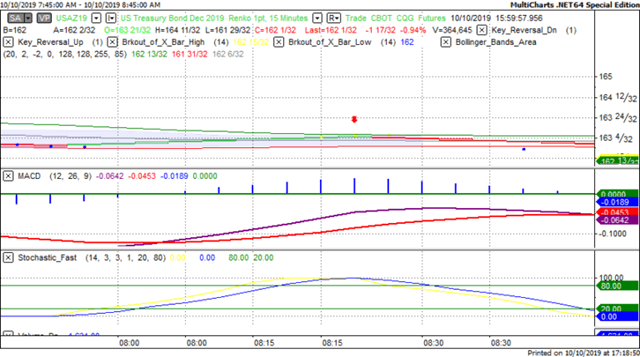 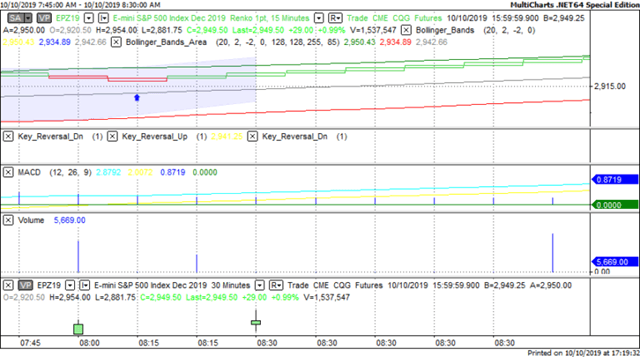 Yesterday we gave the markets a Neutral bias as we didn't see any signs of correlation with the futures.  The Dow closed Higher by 151 points and the other indices closed Higher as well.  Today we aren't dealing with a correlated market however our bias is to the Upside.

So yesterday we gave the markets a Neutral bias which means it could go in any direction but closed Higher.  Why?  The long awaited trade meeting between the US and China will be held today and the markets were hopefully of a result regarding this.  Time will tell if we get that result and/or resolution on this issue.  In the meantime the CPI data reported yesterday doesn't show any signs of inflation or the forewarning of an inflationary period ahead.  So the Federal should be content with that as it means they won't have to raise rates and in fact may cut further.  Time will tell on this as well.....