S&P 500 rally didn‘t catch second breath before the closing bell, and bonds aren‘t favoring it to continue. There is no risk-on constellation anymore, and the broad selloff on growth slash recession worries, has driven both oil and copper down from their botom searching patterns. Treasuries are also demanding more action from the Fed, and the central bank would oblige. I expect Powell to downplay the effects on real economy. Not good, and the speed of recent price action – especially when the failure to gain similar traction to stocks in recent days – is considered. Precious metals are to keep up best, and I mean gold and miners here. Cryptos and economically sensitive commodities are to remain under pressure, and the failure of oil to put in a floor yesterday, is worrying. Gotta respect the price action even though black gold hasn‘t peaked, and a much bigger crisis is brewing – one not to be solved with some gas tax holidays.

For the full macro details, please check yesterday‘s extensive analysis if you haven‘t done so already. 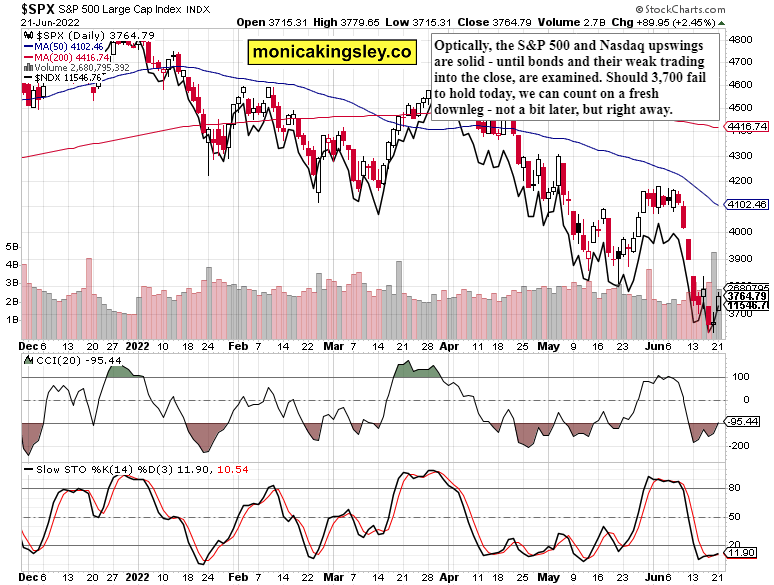 Today‘s closing prices would reveal sharp and ongoing deterioration. The reprieve is over after a few measly days.

Setting the tone, setting the tone – and it‘s one of shrinking liquidity – but the turn in long- dated Treasuries higher, is approaching. It‘ll be in recognition of darkening economic prospects. 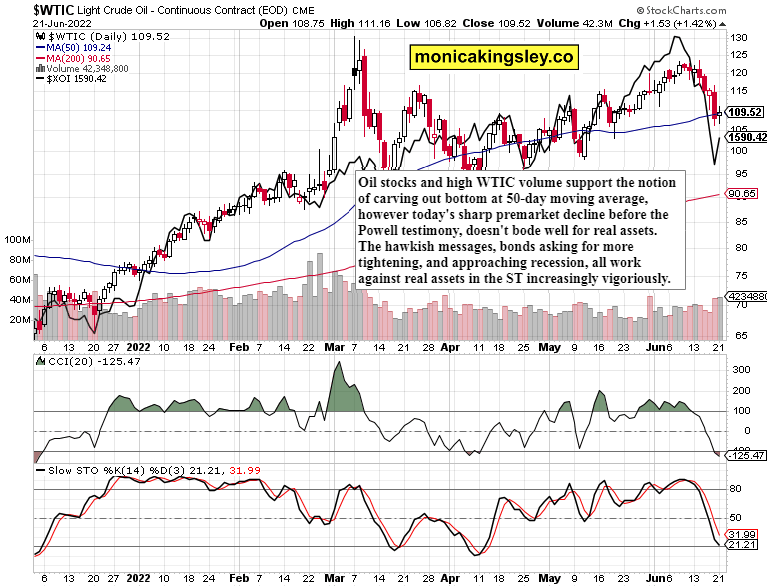 Crude oil had the hallmarks of a local bottom, and given that it‘s not holding in today‘s trading, the Powell testimony is likely to add to the short-term pressure regardless of China being hungry for more black gold. 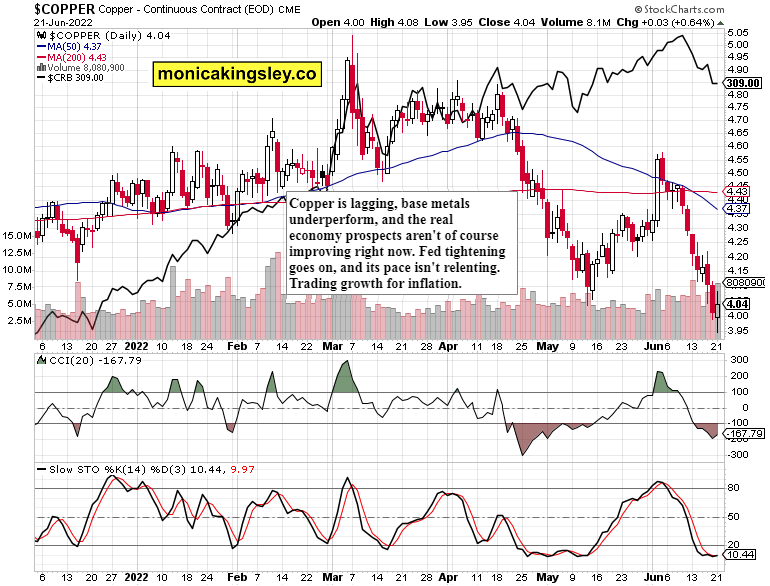 For many weeks, I had the greatest reservations about copper, and its chart posture has turned ugly. I don‘t see the Fed pivoting yet, or markets moderating their downswings in anticipation thereof. 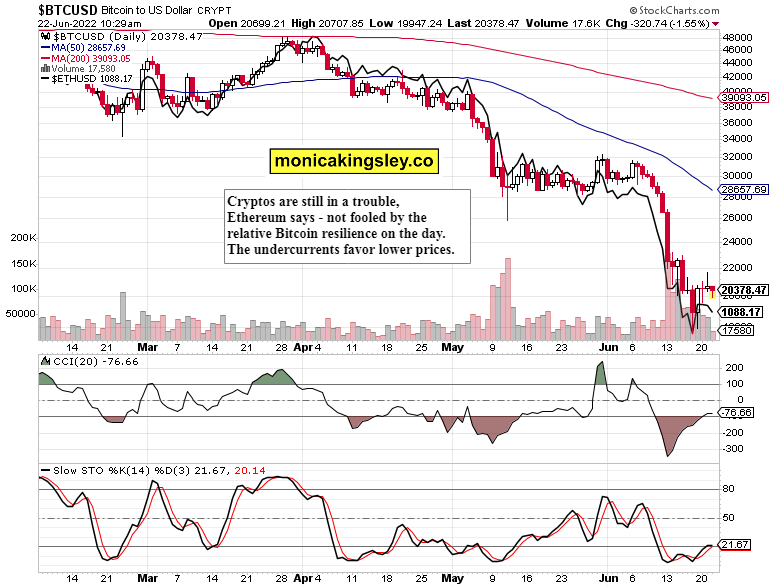 This bottom searching isn‘t over, and cryptos are likely to keep declining, which has been in line with one of my calls of late.