The UK Election was the focus of the day which eventually turned out to be a big win for Boris Johnson and the Conservatives who have secured 363 seats vs. Labour with 202 seats only. This result will give BoJo the power he needs to push through his Brexit agenda without a neverending blocking strong force hindering him from getting there. The GBP reacted accordingly and added several hundred pips presently trading at 1.3450 and still looks interesting on dips to continue to trade higher as it is now barely sitting on the upper end of the post-Brexit vote price for the Pound from 2016.

The ECB Came And Went

The new ECB President Lagarde held its first ECB meeting and press conference today. In a nutshell, there is nothing drastic, the ECB lowered 2020 GDP growth expectations and increased inflation expectation for 2020 a tiny bit based on the price of oil. Lagarde also announced that the internal processes of the ECB will be put under a review for the first time since 2003 and it sounded like her vision was that she wanted Europe to take advantage of low-interest rates for governments to invest more, basically get into more debt to pay for the first fully green and sustainable economy of the world. 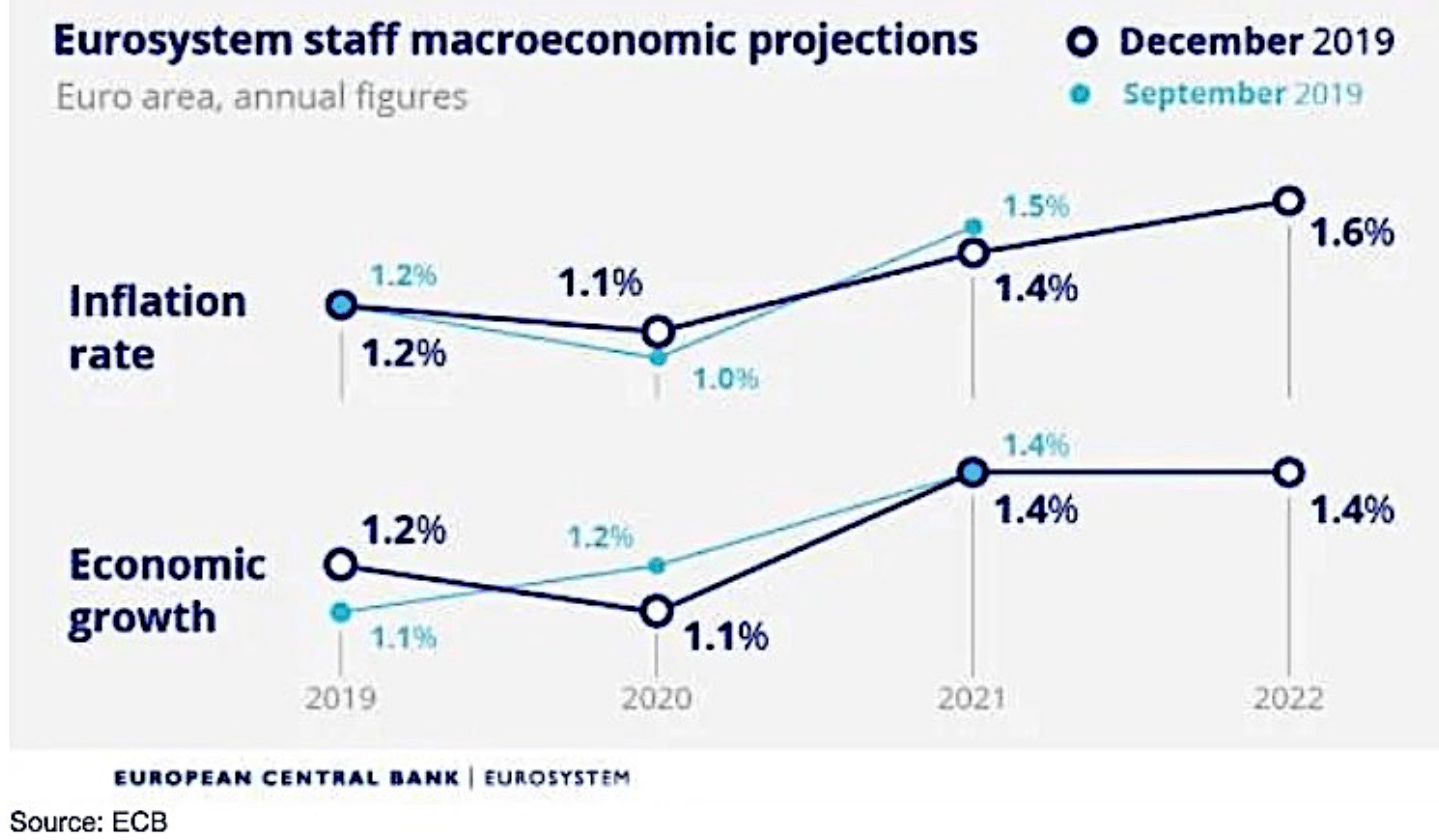 As if yesterday was not already volatile enough Donald Trump added by tweeting that they were extremely close to a Deal with China. The US is willing to dial down 50% of existing tariffs and cancel any Dec 15 tariffs in full and all China would need to do commit to a 50 billion worth of agricultural goods purchase from the USA. It seems that China is not as much in a happy mood about the offer made by the US as they seem to have issues with the 50 billion price tag and it could very well be that China my NOT accept this deal, which could lead to some heavy selling after markets traded up strongly yesterday on the hopes of a deal finally done.

The USD sold off strongly in the risk-on mood of expecting a China-US deal to finally happen, this was maybe a bit premature given the silence from the Chinese side and could eventually lead to a strong turnaround if China does not take the deal. It is most crucial to pay attention to this narrative in the markets today.

The EUR pushed further up the 1,11 supported by the extreme strength of the post-election GBP. Since the ECB did not give any strong impulses the EUR will be a lot more dependent on the USD and GBP flows. The Pound gained massively even beyond the 1.35 for a while and is now settling around 1.3440 which still shows a 200 pip gap. Depending on the final election result and Boris Johnson’s first steps to conclude the Brexit now, chances are that the Pound can find further buying interest on dips and will not close the gap.

Did not move much on any of the risk developments clearly showing that it is not in the focus of traders for the present moment. Nonetheless, Lagarde mentioning higher inflation due to the price of oil could bring more bulls to the table speculating that oil demand will grow again as economies are stabilizing from their weaknesses again.

Gold is trading slightly below the $1,470 level awaiting mainly news out of China from my point of view. Given that Gold did not sell-off at all while risk markets, such as the US stock markets rose strongly is a somewhat noteworthy divergence and if China does not accept the US deal, Friday 13th could end up to be a fabulous day for Gold buyers.

Bitcoin is still fighting the battle of the $7k and the level remains a very important one as a break could quickly also challenge the recent low around the $6,6k level and could then push further lower on increased selling pressure. BTC needs to get back close to the 8k level to neutralize the bearish pressure, this, however, seems not an easy task given the present price action.

EUR/USD depressed ahead of ECB’s decision

Despite the broad dollar’s weakness, the EUR/USD pair remained subdued, amid a cautious stance ahead of the ECB’s announcement. Trump threat to impose tariffs on EU cars also weighed.

Australia will release Consumer Inflation Expectations and monthly employment data, both relevant for the RBA. Numbers could be a game-changer for the central bank.