Over recent weeks, the outlook for gold has become increasingly rangebound. This has led to the development of a trading range between the extreme price moves $1902/$2015. This ranging outlook is reflected in momentum indicators flattening around their neutral points. Daily candlesticks fluctuate between positive and negative, often with small bodies (denoting uncertainty). The bulls continue to protect the 23.6% Fibonacci retracement (of $1451/$2072) at $1926 (at least on a closing basis anyway). On the hourly chart we also see the willingness to buy around the $1937/$1940 pivot too. Pulling higher overnight, back above $1950 leaves a slight positive bias this morning and potential for pressure towards $1972/$1974 whch is the next resistance area. We remain neutral in the range for now, but above $1974 would be a positive move for pressure on $1992/$2015. A close below $1937 would increase near term downside pressure towards the range lows again. 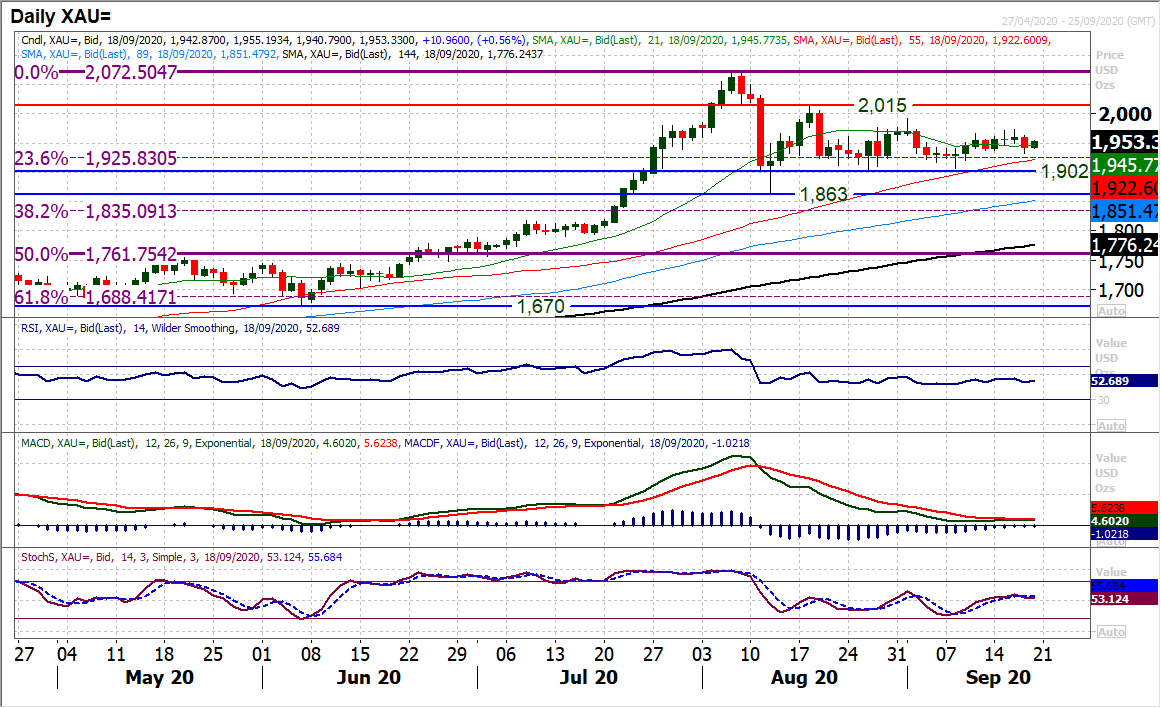