Market Update: Stocks rebounded yesterday. The S&P 500 rallied 1.20%. The Nasdaq 100 (QQQ) led the way, climbing 1.59%. West Texas Intermediate Crude oil rose 2.43%. Interest rates rebounded 5 basis points. Over the weekend, the administration set its sights on fighting the idea that the U.S. was heading into a recession. Rumors floated around that the U.S. government was considering a payroll tax cut to continue to fuel consumption. Recessions are not welcome during election years, so the Fed needs to ease pretty aggressive. Easing is going to be the story over the next several weeks and months as Europe, China, and the U.S. are all expected to turn to more stimulative measures. 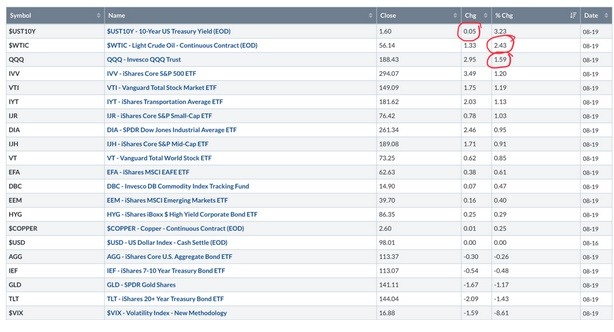 Oil: The Oil and Gas Exploration & Production sector has been one of the worst performing sectors since economic growth peaked in the third quarter of 2018.  Since then, this sector has dropped from a peak of 44 to a recent low of below 21 (XOP).  It rallied substantially yesterday and was the top performing sector we track.  XOP remains well below the 200-day moving average and is in a negative trend. 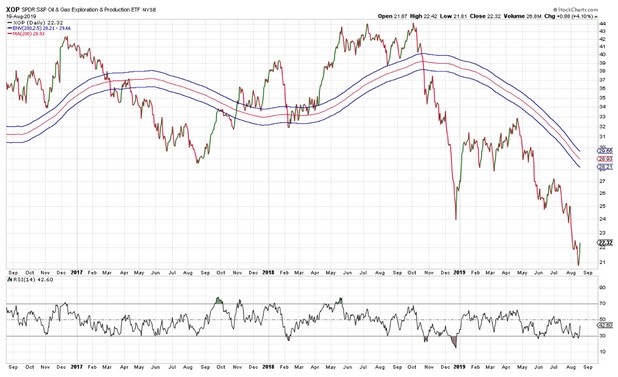 Nasdaq 100: The QQQ ETF was the top performing broad equity market yesterday.  It rallied over 1.50%.  QQQ remains in a positive trend and is above the 200-day moving average.  However, momentum is diverging negatively and is suggestive of us remaining cautious.  Technology has led the market for several years and has remained strong this year, despite the defensive rotation in equities markets.  The technology sector is full of high-quality names. 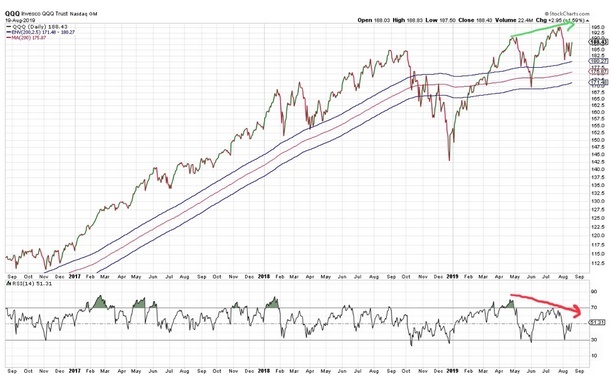 Stocks relative to Gold: Gold pulled back yesterday as stocks rallied.  The ratio between equities to gold (VT/GLD) became oversold last week.  In recent times, oversold conditions have been met with meaningful rallies in stocks relative to gold.  This would not be a surprise given the overbought nature of gold.  However, the ratio would have to rally substantially to move back into a positive trend. 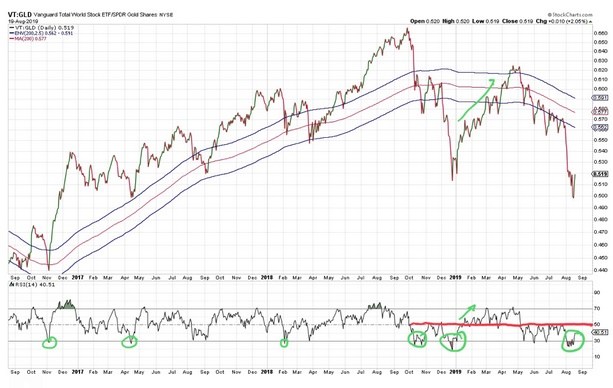 Dow Jones Industrial Average: Only 10 Dow Stocks are in a positive trend relative to the risk-free asset (IEF) over the last 12 months.  Under the hood, equities markets are suggestive of a major trend change.  Broad markets have done a good job masking the technical deterioration we are witnessing in individual equities. 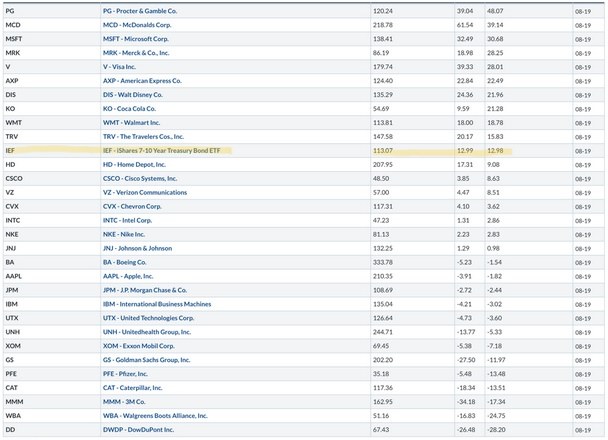 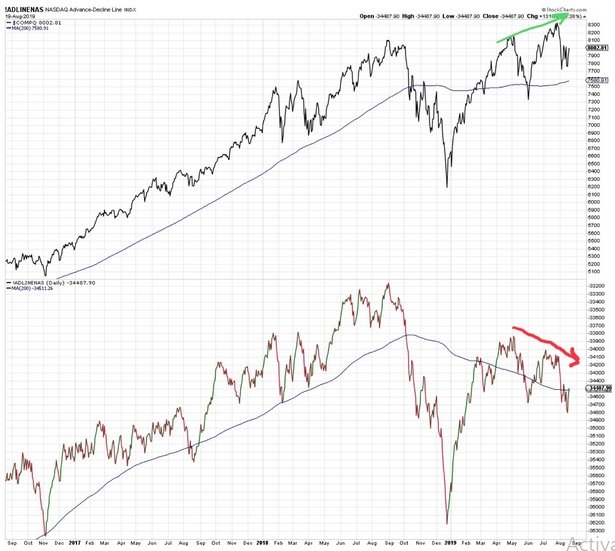 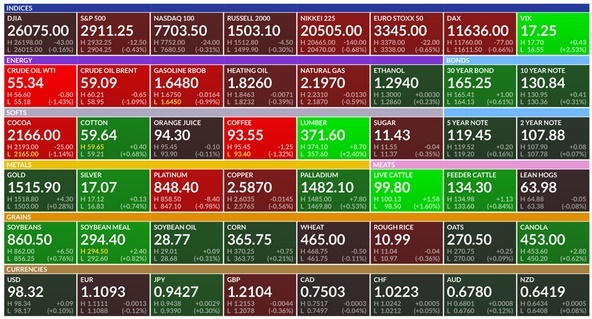 Stocks were steady, Treasury yields resumed declines and the dollar hovered near the year's high as investors await the Jackson Hole gathering and watch for the latest trade maneuvers. Most Asian equities rose while Hong Kong and Shanghai declined. Bonds advanced in Europe except for Italy. Oil rose with the yen and gold.

The world's biggest IPO has advisers. Saudi Aramco selected Lazard and Moelis to advise on its second attempt at an offering, people familiar said. The banks have started preparatory work and are expected to play a key role in the listing, including the selection of underwriters and venues. Aramco is still planning to add more banks to the deal. Here's what you need to know about the listing.

Apple plans to roll out the Apple TV+ movie and TV subscription service by November, and is weighing a subscription fee of $9.99 a month, people familiar said. Netflix and Amazon Prime charge as little as $8.99, while Disney+ plans to seek $6.99 when its service debuts in November. The FT said Apple will spend more than $6 billion on original shows and movies for Apple TV+.

Elanco will buy Bayer's animal-health unit for $7.6 billion in cash and stock, creating the second biggest veterinary-medicine company by revenue. The deal is expected to close in mid-2020 and add to Elanco's EPS in the first full year. For Bayer, the sale provides another resource to pay potential costs related to its Roundup litigation.

Home Depot cut its comparable sales forecast for the year on lumber price deflation and concern that President Trump’s recently announced tariffs will hurt U.S. consumption. Second-quarter EPS beat and net sales fell slightly short. Toll Brothers reports after the close and may see stronger demand, with some weakness at the higher end.