Things are less bad for manufacturing. The ISM index for May rose slightly to 43.1, with the subcomponents moving in the right direction. After some of the worst months on record, this is a step in a better direction.

This is not the end

Following a series of defeats for the Allied forces in WWII, the Allies at last had a win when they turned back Rommel in Africa in 1942. Churchill said of the much needed victory, “Now this is not the end. It is not even the beginning of the end. But it is, perhaps, the end of the beginning.” So what might we say of this improvement in the ISM manufacturing index? The fact that the headline print is below 50 indicates that activity is still contracting, but a reading of 43.1 in May versus 41.5 in April tells us that the pace of decline is slowing; things are less bad.

Still Dealing With Long Lead Times for Needed Parts The performance of the various sub-components are slightly more encouraging. This is most evident in the case of supplier deliveries. Had it not come down, the headline improvement in May would have been even larger. This component seldom gets much attention, but has become the tail that wags the dog in recent months.

The idea with measuring supplier deliveries is that the longer a business has to wait to get the parts and components it needs (in normal times), the better the economy is likely doing. Occasionally, supply-chain disruptions can result in this component rising even in the absence of brisk demand. That has been the case in recent months: a counterweight that has saved the headline ISM number from even steeper declines. This measure is still quite high at 68.0, but critically, it is down from 76.0 in April. This is the first decline in this component since October 2019.

The tide is slowly coming back in

The improvements in May relative to April are incremental but came in right across the board. Production climbed to 33.2 from 27.5; new orders to 31.8 from 27.1; employment to 32.1 from 27.5; prices to 40.8 from 35.3. In short: all were still way too low, but not as low as they had been. It might be only a second-derivative improvement, but it beats the alternative.

The rest of the speech

In 1942 Churchill went on to discuss how the Allies would have to struggle against Nazis, but with dedicated cooperation, the Allies would prevail. V-E Day was still two and a half painful years away. Hopefully it will not take that long for manufacturing to regain its footing, but there are certainly challenges ahead. Supply chain disruptions and implementation of new social-distancing protocols in factories and workshops not just in the United States, but around the world, likely mean that the recovery here will take longer than the quicker turnaround we expect to see in consumer spending. Today’s report is not the end, but after some of the worst months on record, it is a welcome step in a better direction.

S&P 500 Price Analysis: Key levels to watch in the week ahead 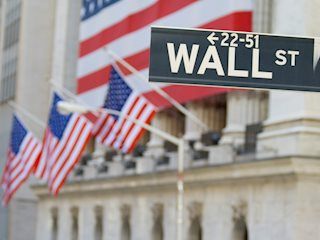 The S&P 500 Index closed the holiday-shortened week higher by over 3%, although off the three-week high of 3,165.81. The stocks surged on vaccine hopes and record US June Non-Farm Payrolls addition. Let’s take a look at the Technical Confluences Indicator to know how the index is positioned heading into a fresh week.