The problems between China and the U.S. are far from new. But it seems that politicians on both sides were toughening bilateral rhetoric until it began to have a visible impact on markets. On Friday, Hong Kong's Hang Seng index was down 3.7% after falling 3% a day earlier. The pressure on it was caused by Beijing's move towards more control over the former British colony, which has preferences from the United States. The decision, which had previously caused unrest in Hong Kong, is also attracting increased attention from the West. Donald Trump said he would respond "very strongly" to these legislative initiatives in Beijing. 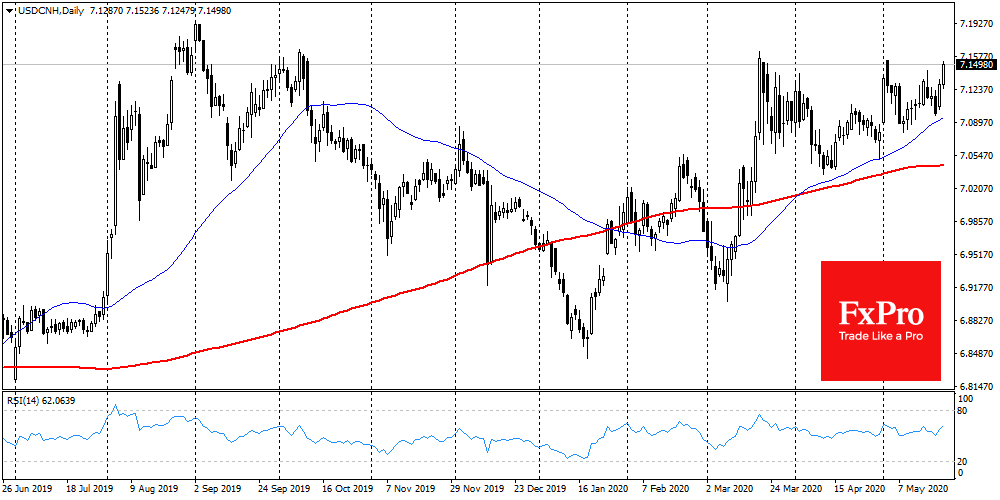 The decline in Hong Kong dragged Asian markets down and returned the Chinese yuan above 7.14 per dollar, where it was only in the most acute phases of trade disputes and market turbulence. 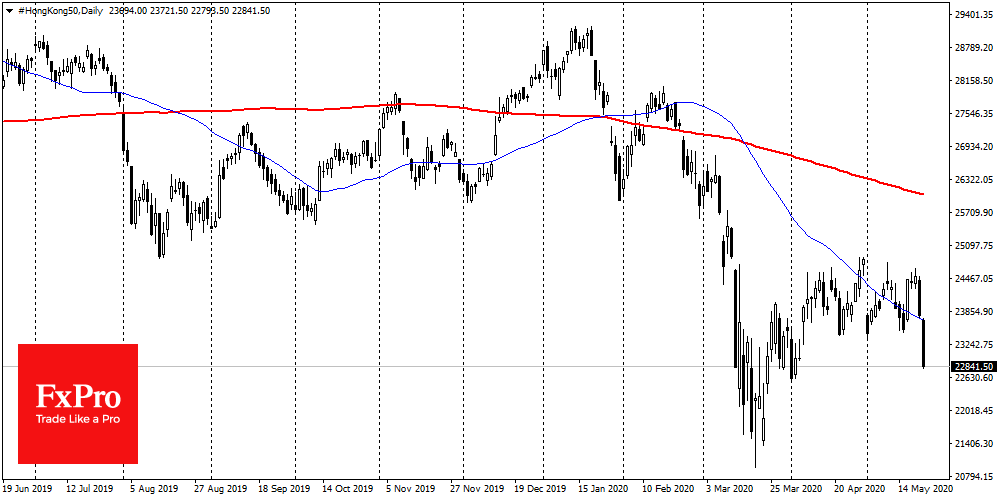 Besides, the nervousness of the markets reinforces that China abandons its GDP growth target for this year. This indicates a high level of uncertainty in the economy even after the end of the tight quarantine. China's cautious mood weakens hopes that the economy will recover evenly after quarantine.

Elsewhere, the U.S. has announced its withdrawal from the Open Skies treaty, which brings back fears of a new round of arms race. Although this could be a prologue to another Trump's "Great Deal", fears of a spiral of geopolitical tension and fragmentation have increased in the markets during difficult times for the world economy.

Recall that it was the combination of economic decline and rising protectionism that led to the Great Depression of the 1930s. At the same time, the Spanish flu became a prologue to the "Roaring Twenties". After all, after the First World War and the deadly disease that took the lives of 50-100 million people, but after this, the world became more global. However, protectionism is now increasing in world politics, which is further worsening world trade conditions and undermines the potential for recovery.

Further intensifying of geopolitical tension can return markets to a steady decline. It is unlikely to be as pronounced as it was in February-March, but it could be much longer by returning stocks to the bear market.