Main Street, we have a problem.

The idea that central banks increase wealth inequality is often seen as a philosophical argument. In reality, the data is now in complete support of this as a fact. With money velocity declining severely in the real economy since the pandemic began, we are also seeing the M2 money supply increasing at record speeds.

With more available credit in the banking system (M2), how can velocity still be trendline downward?

The reason is: More credit is being created through bank lending, but the money is flowing into fewer and fewer bank accounts! Together, the charts below paint a bleak picture. The monetary policies being enacted worldwide will be increasing wealth inequality at a record pace. They will continue to do so unless the methods used by central banks change. The public will need to become aware of the negative effects of this squeeze before changes can be made in support of a more fair financial system. 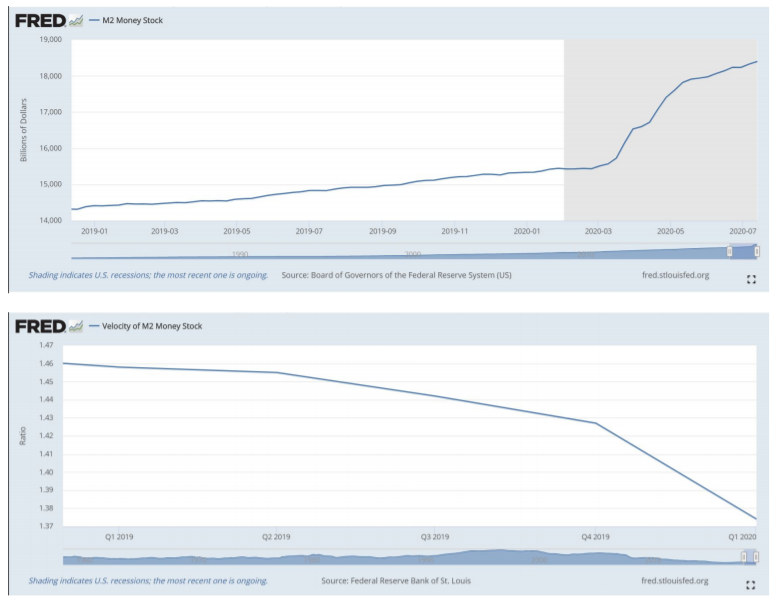 This brings us to a little spoken of theory, one with massive consequences reaching far beyond just the realm of financial markets. This is known as “The Cantillon Effect.” Sadly, global monetary policy is on track to make this phenomenon a progressively larger burden for the working class in society.

Below is a visual I’ve created to outline the real flow of newly created money in the economy. The Cantillon Effect is no new idea, it was coined in the 1700's when the economist Richard Cantillon first identified how interference in the money supply can give an unfair advantage to the individuals who are the first to receive new currency.

When a central bank injects “digitally printed money” (to use the famous words of Jerome Powell) into the economy, there is only one singluar injection point. The central bank simply credits the accounts held by primary dealer banks under its umbrella. In contrast, when fiscal policy is used to spend, those funds will be directly allocated to whomever policy makers have specified as the recipient(s) in their spending bill. 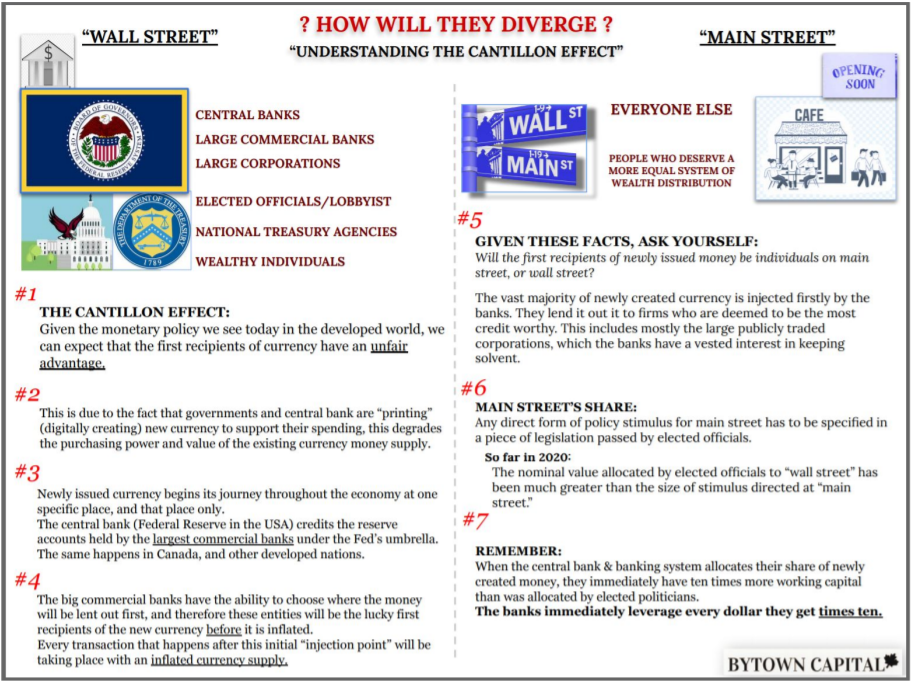 In 2020, central banks will leverage their funding from policy makers to inject new currency and liquidity into financial markets (by adding to primary dealer bank’s reserves). Once the central bank has credited the large commercial banks, those banks then leverage the currency once more in the process of lending to corporations and individuals. By the time this new currency is flowing into the real economy, it is massively inflated. Therefore, the large banks and corporations are benefiting to a much greater degree than the economy as a whole.

I examine the Cantillon Effect while contrasting “Wall Street” and “Main Street,” in order to illustrate how the two will be diverging from one another for as long as this method of currency/ liquidity injection remains the policy tool of choice. Understanding this flow of liquidity is absolutely necessary if one hopes to structure a portfolio which can preserve wealth.

Just think of where the money will be headed first!