Nearly every year, debt rises more than the alleged deficit. This is not a fiscal vs. calendar year distortion, but an ongoing deficit lie.

Those are Covid-related fiscal vs calendar year anomalies. Regardless, debt is high and rising, generally mush faster on average than reported deficits.

Q: Why does public debt generally rise more than the alleged deficit?
A: Mainly because deficits are a lie.

Because the projected deficit does not include all of the amount owed to the Social Security Trust Fund. That amount is called off-budget. But when the calendar year rolls over, the difference magically appears on the balance sheet as actual debt.

Excluding Social Security from the the fiscal year deficit is a purposeful accounting scam to make deficits appear smaller than they are. 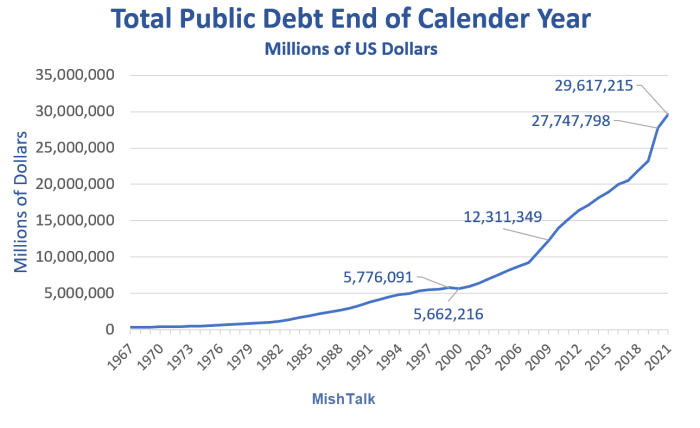 US debt clock to the second 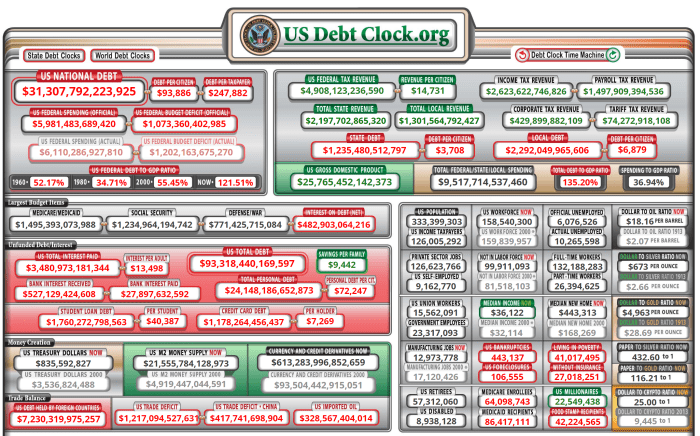 The DebtClock graph updates every second. If you have not yet visited the site please take a look.

The ongoing story is even worse. Congressional projected deficit assume no recession ever, and never do.

We are adding trillions in debt every year and it will get much worse. Interest on debt will soon hit $1 trillion a year. 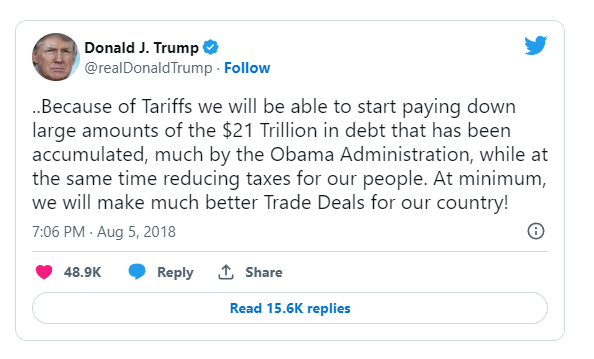 No, we do not have better trade deals, and no, tariffs did not reduce public debt. Nearly 50,000 economic illiterates like that Tweet.

When does this matter?

I don't know. You tell me. Just don't pretend it will never matter because it will.