WTI oil futures appear to be positively skewed but are now consolidating ever so slightly below the 49.00 mark, after recently peaking within a heavy resistance section of 48.80-49.61. The Ichimoku lines are conveying a positive tone, despite a minor easing in the incline of the red Tenkan-sen line. Furthermore, the bullish bias seems to be receiving further aid from the rising simple moving averages (SMAs).

On that note, the short-term oscillators are demonstrating a pause in positive sentiment. The MACD, some distance above zero, has slid below its red trigger line, while the RSI is drifting in bullish territory. Backing improvements in price is the positive bearing in the stochastic oscillator.

If buying interest intensifies, the bulls face immediate resistance from the curbing zone of 48.80-49.61. Conquering this key border, the price may then target the 51.14 boundary. Should buyers press above this too, next upside limitations may arise at the critical peak of 54.62, where significant losses occurred back in February.

Summarizing, oil in the short-to-medium-term picture remains bullish above the SMAs and the 46.15 trough. 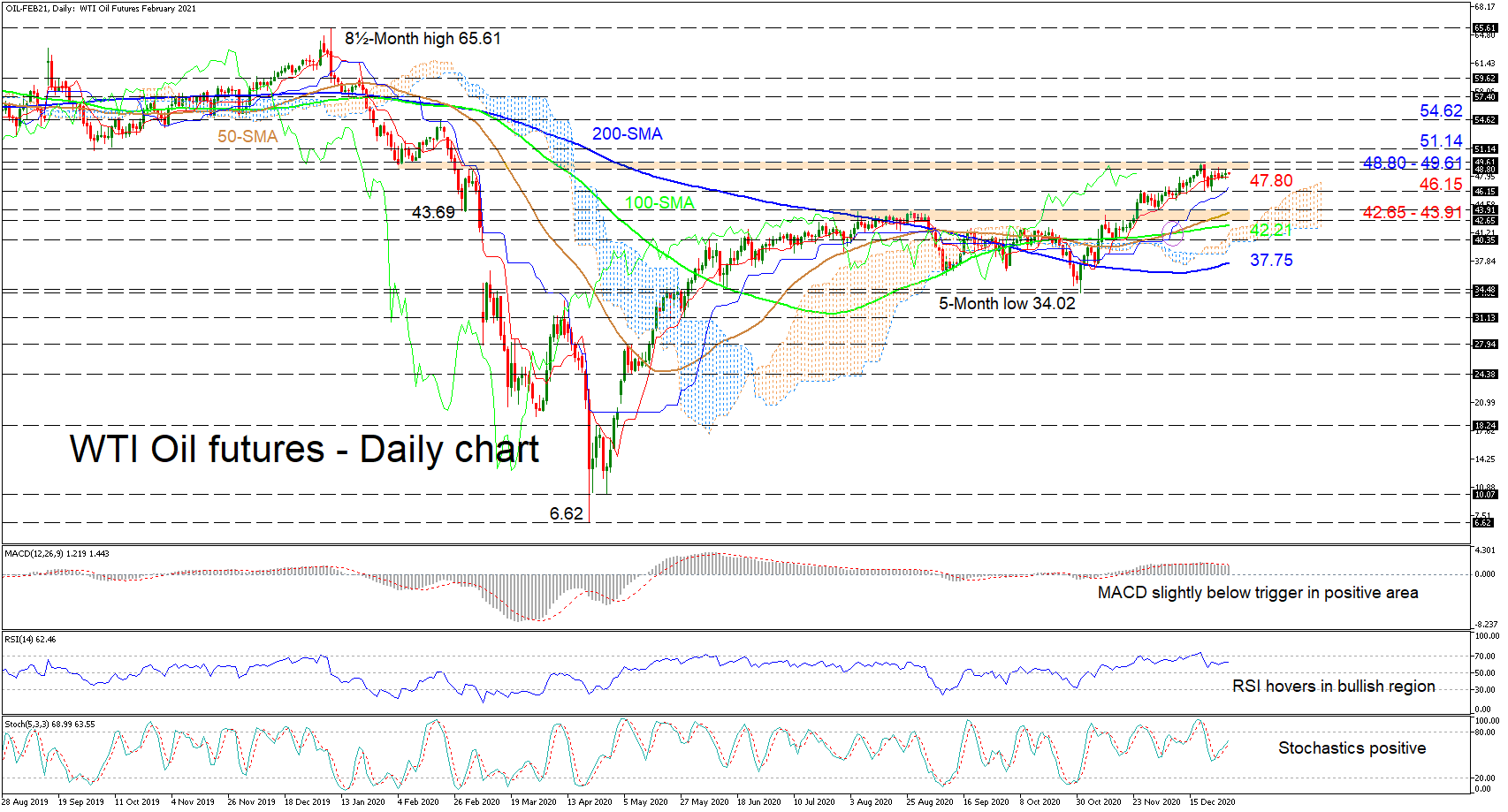 GBP/USD is trading above 1.38 bus till down the day. The US gained 379,000 jobs in February, roughly double than expected and supporting the dollar. The Senate's stimulus debate is eyed.

Gold edge lower during the early North American session and dropped to fresh nine-month lows, below the $1690 level in reaction to an upbeat US jobs report.

Cardano ready to resume uptrend towards $2

Cardano price shows signs of a reversal after a 30% correction. The Tom DeMark Sequential indicator’s buy signal on the 4-hour and the 12-hour chart hints at a continuation of the bull rally.