Gold although trading between 1,785 and 1,875 has been holding in a bigger buffer zone of 1,764-1,974, from the late months of the previous year. The simple moving averages (SMAs) are drawing closer together and are adopting a more horizontal bearing, which is endorsing a neutral tone in the precious metal. Yet, the commodity is exhibiting a slight preference southwards after a recent deflection off the 200-period SMA around 1,850. Furthermore, the falling Ichimoku lines are backing negative price action, while the short-term oscillators are transmitting signals to the downside.

The MACD, slightly below zero, is tussling with a levelling red trigger line, while the RSI is somewhat hovering in the bearish territory. Furthermore, the strong bearish charge in the stochastic oscillator is promoting price’s inclined downwards direction.

Should this motivated negative demeanour persist sliding the price under the red Tenkan-sen line at 1,818, primary support could occur at the nearby low of 1,810. Dipping underneath this obstacle, the yellow metal may then test the subsequent trough of 1,785. In the event sellers retain control, the crucial support base of 1,757-1,764 could attempt to dismiss further negative tendencies from coming into fruition.

However, if buyers drive the price above the immediate blue Kijun-sen line at 1,830, the bulls could then face a forthcoming cluster of resistance, starting with the merged 50- and 200-period SMAs at 1,857. Continuing, the next deterring area may follow from the cloud’s lower surface at 1,864 until the 1,875 high, which also includes the 100-period SMA. Conquering these tough boundaries, the price could then propel to challenge the 1,900 frontier.

Summarizing, gold’s short-term neutral bearing may remain intact if the support foundation of 1,757-1,764, manages to dismiss negative tendencies from developing. Yet, a push above 1,900 could return conviction in the up move. 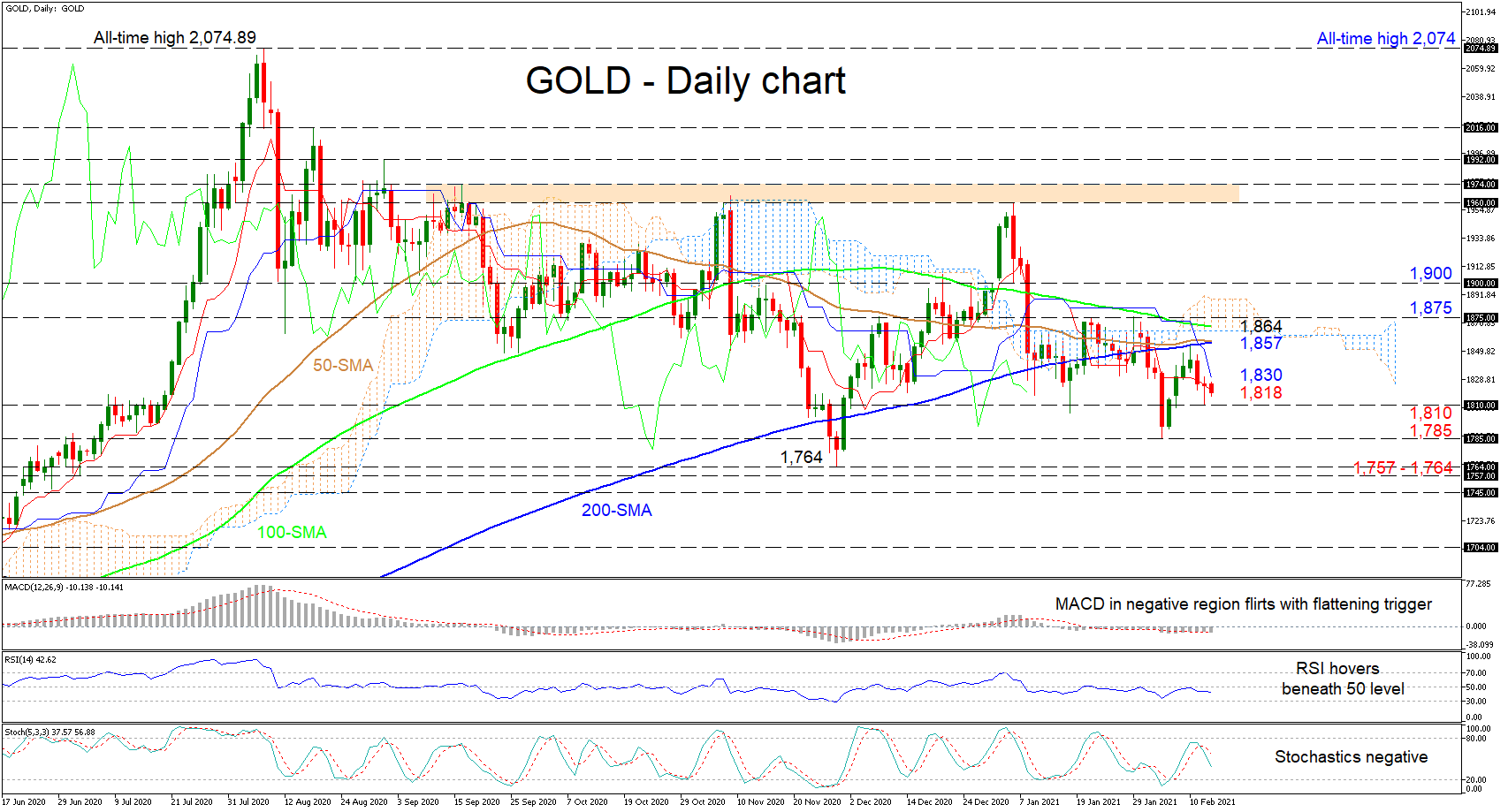 Gold drops toward $1,820 as US yields push higher

Gold extended its daily slide toward $1,820 in the second half of the day. The benchmark 10-year US Treasury bond yield is up nearly 2% on the day at around 3.2% amid improving market mood, weighing on XAU/USD on Monday.