AUDUSD is edging sideways in the vicinity of the 100-day simple moving average (SMA), sustaining its persevering bullish twinkle.  All the SMAs are defending the stubborn bullish structure, in spite of the fairly horizontal demeanour of the 50-day SMA.

The flattening Ichimoku lines suggest that the bearish impetus has fairly subsided, while the short-term oscillators are transmitting conflicting signals in directional momentum. The MACD has marginally stepped above its red trigger line but remains just below the zero level, while the improving RSI, is rising towards the 50 thresholds. Contrary, the negatively charged stochastic oscillator is endorsing a pickup in negative price action.

If selling interest intensifies, direct downside constraints may be exercised by the 0.7531-0.7600 adjoining zone. Clearly steering beneath the 0.7531 troughs, sellers may then challenge the critical support section of 0.7372-07461, which is also reinforced by the 200-day SMA. Subsequently, should a deeper retracement unfold, the bears could encounter downside hindrance around the 0.7220-0.7254 boundary.

Summarizing, AUDUSD is exhibiting a neutral-to-bullish tone and the next price direction could evolve with a break below 0.7531 or above 0.7848. 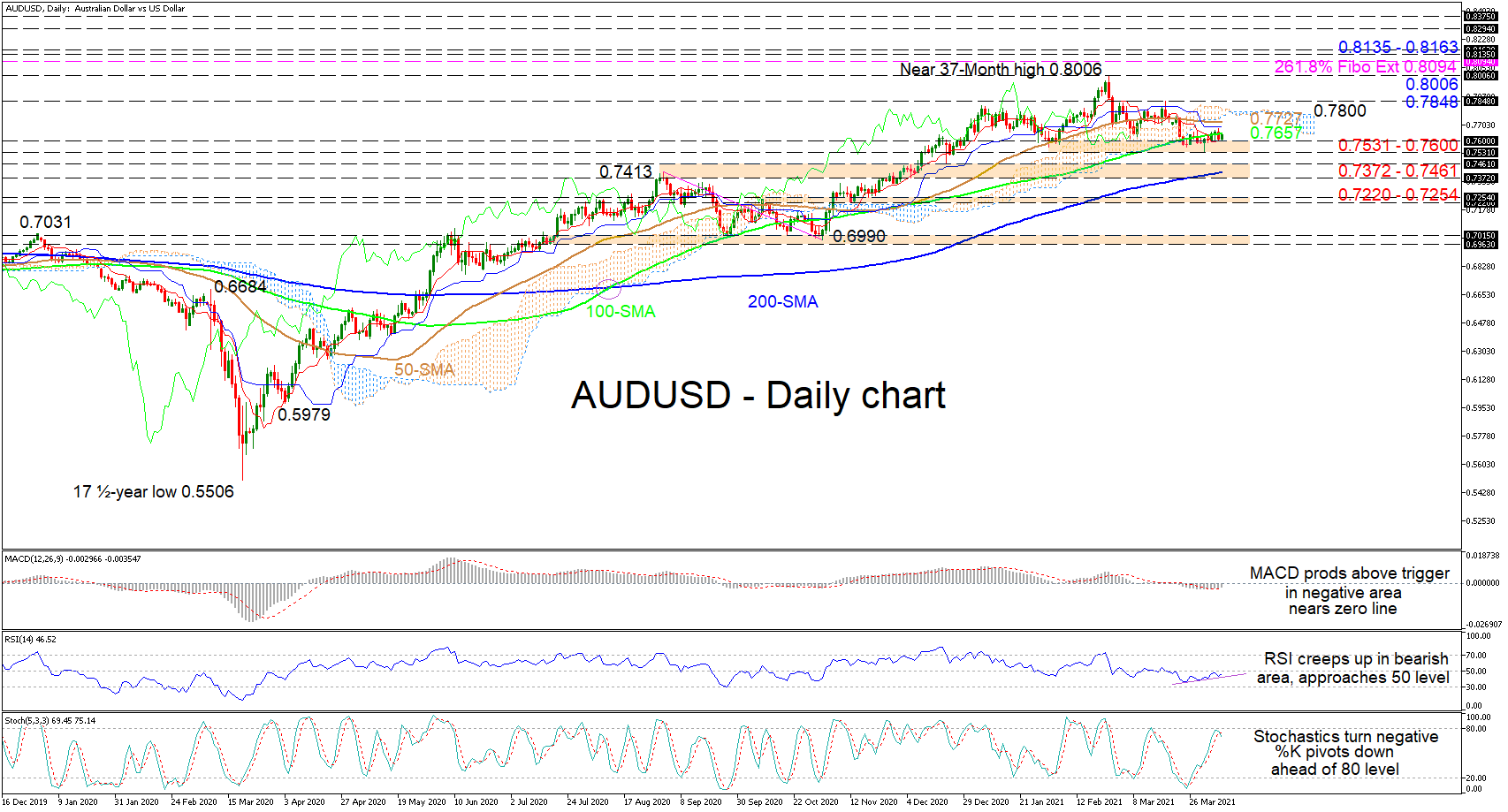