AUDUSD has somewhat consolidated above the mid-Bollinger band after a subtle fade from its recent 33½-month high of 0.7820. The dominant bullish tone in the pair remains unbroken, something also reflected in the dictating simple moving averages (SMAs), which are defending the positive structure.

The short-term oscillators overall are leaning towards an improving picture despite showing some dwindling in positive momentum. The MACD, far above the zero mark, has merely dipped below its red trigger line, while the upwards facing RSI is trying to preserve a bullish demeanour. Likewise, conveying additional price strength is the regained positive demeanour in the stochastic oscillator.

Maintaining the current trajectory, the bulls may encounter early resistance from the upper Bollinger band around the multi-year high of 0.7820. Stepping above this, the pair could hit the nearby 0.7916 high before aiming for the 0.7988 mark - just short of the 0.8000 psychological handle. Should buying interest persist, traders’ attention could shift towards the 0.8094 barrier, which happens to be the 261.8% Fibonacci extension of the down leg from 0.7413 until 0.6990.

Alternatively, if the price retreats it may meet initial support from the mid-Bollinger band at 0.7674 and the 0.7639 low beneath. A deeper dive could then target the 0.7461-0.7516 support band. In the event the 50-day SMA and lower Bollinger band give way, the price may sink towards the 0.7338 border, where the 100-day SMA currently resides.

Summarizing, AUDUSD’s gestures for further upside tendencies may materialize should the pair remain above the 0.7461-0.7516 boundary and the SMAs. 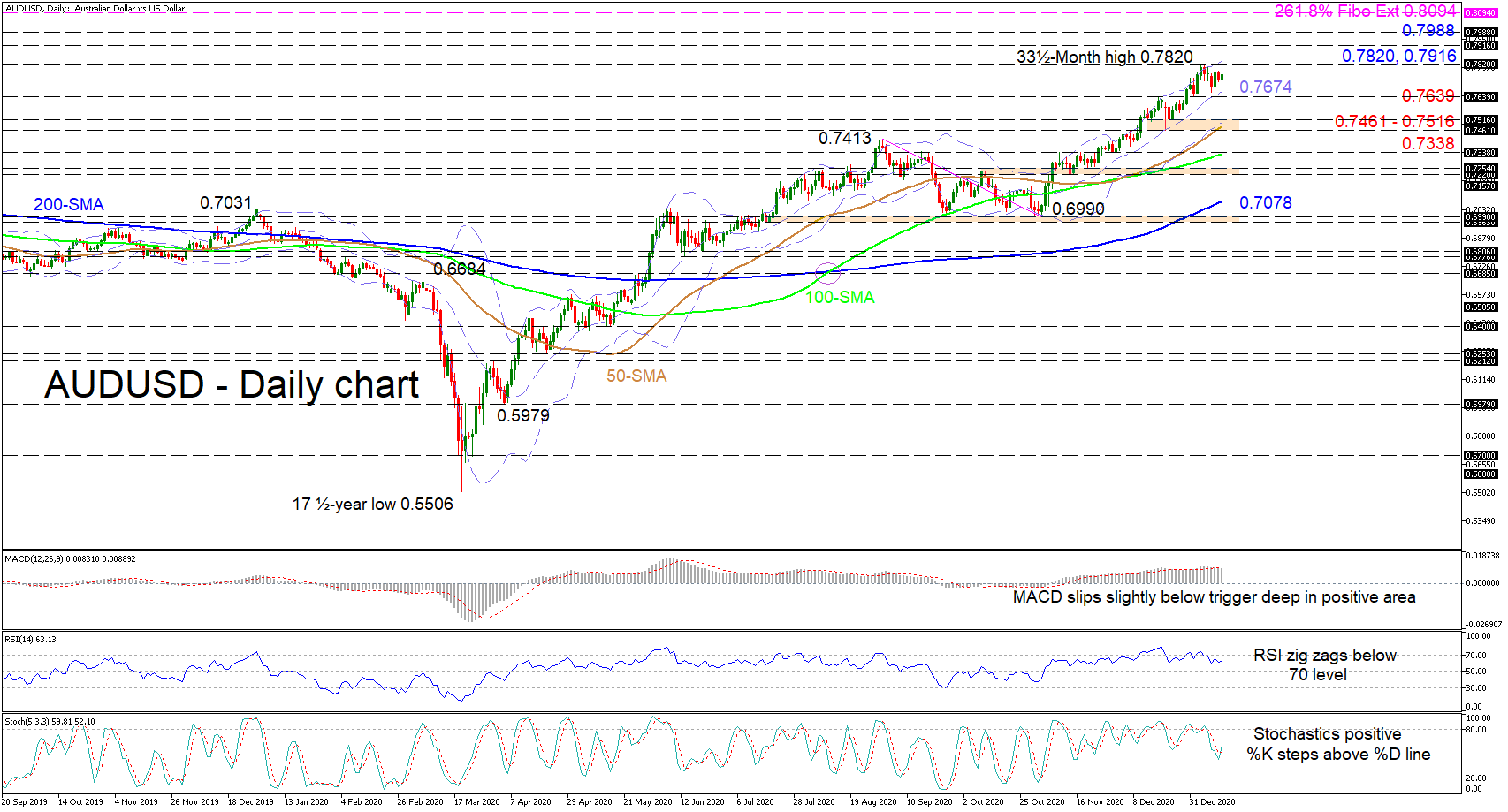